A Special Screening of “For Neda” 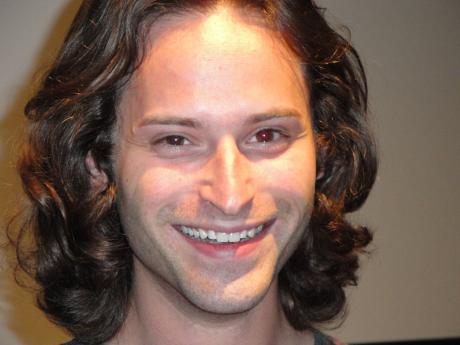 My friend, Shohreh Aghdashloo, had graciously invited me to attend a special screening of HBO’s documentary, “For Neda”.  I had already seen the documentary but I went to watch it with people and to see and experience THEIR reaction.

The screening was followed by a panel which included the narrator: Shohreh Aghdashloo, the director of “For Neda”, Anthony Thomas and a young man who sat next to him.  By the time the session was over, it was obvious that beside Neda, in fact, he was THE star of the evening.  He was Austin Heap.  The 25 year old IT consultant who took it up on himself to keep the flow of information open during those sensitive weeks of last summer following the election in Iran.

When the government of Iran blocked Facebook and/or internet, he took various technical steps to provide bypasses to the people in Iran who needed to access the internet to get the news and the footage out of the country.  When after a few days the government blocked that as well, Austin designed a system that enabled the people in Iran to keep in contact with the rest of the world which he explains in detail in the movie.

Austin said: “… Freedom is something you have to fight for… The more brutal they (the government) got the more determined I became to not give them the power to silence the people…… Here I go being from a 24 year old, spending my time playing video games and hanging out with my friends to all of a sudden having to maintain open communications for the entire country.”

All panelists were warmly received by the audience and were applauded again and again but it was Austin that truly moved everyone with the passionate comments he made: “I have been asked why did you do it.  You are not Iranian.  I told them, what difference does it make.”

Today, Austin Heap in my honorary Iranian of the Day….