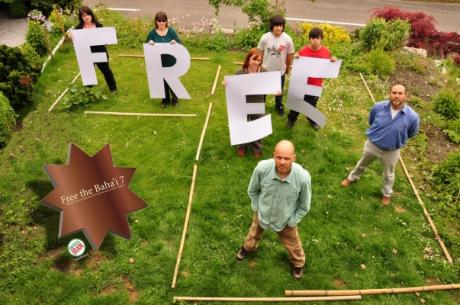 The next session of the trial of the former members of the Yaran, who attended to the spiritual and social needs of Baha’is of Iran, has been set June 12th .

The date coincides with the first anniversary of last year’s contested presidential election in Iran, as well as a global day of action aimed at calling attention to human rights abuses in that country.

As part of the Global Day of Action (http://12june.org), one group has led a creative campaign bringing attention to the size of the cells that the seven former members of the Yaran are held in. The picture is one of their efforts.

This story contains moving details of the conditions of imprisonment: http://news.bahai.org/story/771