The problem in the world is greed. Not sex, religion or other things 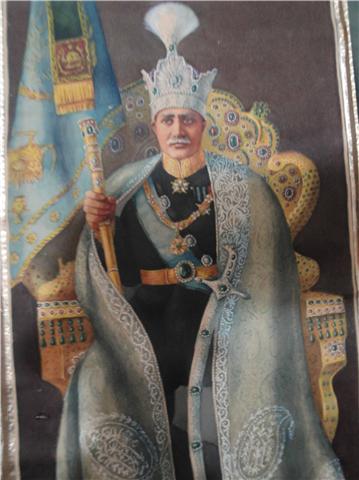 The problem in the world is greed. Not sex, religion or other things If we look to the history and study is, we can see the problem is the world is greed and everything is used or misused for the greed or for the very greedy people. If a bagger in one night in the stories get a position of the king by sitting a bird on his head as it is written in the story books the same bagger who was happy if he/she could have enough money to buy food, now he is not happy if he has tons of food in front of his/her. Or if he wanted just to have few dollars in his account to be sure that he/she had some saving, now billions of dollars in his/her account  cannot satisfy him. He has now billions of dollars in the Swiss bank account, but he/she wants more and more.

A boy wanted to be just a simple officer to have a job and income. Now is not fourty years old and is a general and still is not satisfied? Why? A woman that wanted to have a normal life and husband and children and a normal income, now with huge income is not satisfied and will more and she will also to have a secret young boy friend as her husband is so busy with the work and cannot satisfy her.  What the people think that the religions have a fault, it is not really right, the people misuse religion as a device for their greed. May be they do not believe in religions or God at all, but that is their way to go through.  Do you think a person who let many young boys and girls is killed, believe really in God or any religions? In which religion is told that you can kill innocent people, because they do not like you?  Those are all excuse to get more power, more money and more eating, sex and funs. Look all of the leaders in the world are rich; they are not poor; why they do not work for the people? May be just few of them do, but it looks that they are indifferent and wants just power and money and be elected or selected for the second times.

The man who was a poor worker and now sits in the top of government of a powerful country will have more power and or more money. At the beginning may be they show themselves nice and people lovers, but with the time they change. Just like your best friends who borrow a big amount of your money, she/he will change to your enemy.  Why because of greed, he/she will keep your money in her/his procession and be in a better condition with your money. That situation has no exception, almost all people who have your capital or money without any strong document will keep your capital and or your money and will not give it back easily.  Why for example Nasereddin Shah had eight wives? Why Mr. Kermani who shoot him a bullet and killed him did not have even one wife? If the Nasereddin Shah did not have the money of government could he manage so many wives? Why he killed Amir Kabir?  He wanted to control his greed and his power or his money?  And for this reason that he wanted to control his greed, money or power; he ordered to be killed by king. Do you think that these rich celebrities, the beautiful women and handsome men have just one partner for ever? They change their partners some times like their shirts? Why, because they can.  They are greedy; they want more money, power, and sex and luxury life.  All or most dictators were from poor families, but in the time they had power and money, they have changed totally. Hitler was a worker, he got the position of a leader, or dictator and he killed fifty millions of people. Do you think Hitler was just unique? Most people have the same potential to be a new Hitler. Do you think just few people are bad if they get a lot of power and money?   Sorrowfully we should see that most people in the time they get power, they change to be greedy, cruel and bad. They forget the past and they think they are God and the people should worship them.  The problem in the world is Just greed. We attack men who marry tow wives. But who agree to be the second wife of his? Other women, so the women are not innocent, too. I know the poorness and hard life guide the women to be prostitutes in some society and or marry rich men.   But as I said the route is greed, if the women have the same power and money, they will do the same or not?  We should learn to love each other and respect each other; may be that is the only way to have a better society. The nice people are in our society just the victims of the greedy people who have power and money. They can buy them and give them weapon to kill other people. They are paid to kill and them to.  See the wars in the world. Rich countries who have technology and better weapons attack other countries and colonelcies them or not? In the past and now we have the same problem.

Who sold the black people to Arabs or European who wanted to buy them to work in their farms free? The black chiefs or leaders or even the black kings of African nations have sold their own people to the Arabs or Whites. In all movies you can see that African black soldiers or even officers who kill their own people by the leadership of Whites.   Who is killing in the third world the people, European or American soldiers or mostly the native soldiers?  The plans are prepared by the super powers or rich powerful people, but it will perform by their agents, who are normally from poor or middle class people; they do that bad performance, because they are paid. Now the world greedy people take sex, nationalities, races or religions as a device to make money and power.

As long as greed governs the world, we will have the same problem. To change one greedy dictator with other poor person, who seems to be nice, does not help. He/she will change soon to a worse dictator, even worse that the last dictator. We should learn to be nice and human and changing one dictator with other person, who will be soon the same as the removed dictators, does not help. We should control the people and powerful government leaders with a group of people.  The people change and in the time that they have power and money they will be different people. The dictators are not born, they look nice people, but in the time they got the power they change totally. They see now only themselves as a God or the agent of him on the earth.