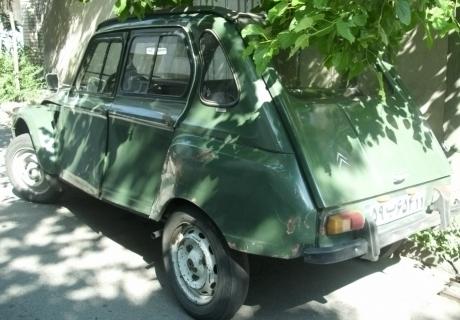 Khordad (June) should be called Month of the Green because no matter your political thoughts everyone is haggling about a movement in Iran that started last year.

The fact of the matter is that the Green movement started by supporters of Mousavi who campaigned for him in order to de-throne Ahmadi and establish Mousavi’s government.  What followed was the political maturity of the Green movement – Mousavi’s supporters – and their desire to continue a non violent movement and the violent response of the regime.

I have no doubt that the elections were rigged because no 62% winner would be so afraid of a recount or have a shortage of visible public backing.  When Obama got elected with 62% of the vote was there a shortage of his vocal and visible supporters in public?

Mousavi himself didn’t believe the position he was put in 2009 or in 2010.  It’s not like he was unknown or his support for Khomeini hidden.  People put him in this position and to his credit he accepted the position and is risking his life because that is what people wanted.  This is how their political mindset works.

There is no way of knowing for sure the actual number of various political views that constitute the overall Green movement.  For example, I don’t know where to put Rudi Bakhtiar who shows up with Green tank top and supports the Green movement and which Green movement she is talking about.   I don’t think it matters as long as she supports what people support in Iran and if it means people in Iran support Mousavi so be it.  She may not support Mousavi but as long as people can support Mousavi and don’t be killed for it she’ll be happy.  I don’t speak for her but that is how I can see various people with various political affiliations come under an umbrella and support the fight for justice and equality in Iran.

I think there is a hesitancy and fear among many Iranians who were never revolutionaries or became revolutionaries to go under any more umbrellas again!  One umbrella bought in 1979 may be enough for them but umbrellas break under the wind and you need to buy new ones or spend good money and buy one that is wind resistant!

In the end I think dismissing Mousavi and Karoubi and defining Green movement as something that we’d like it to be or calling it dead does not solve anything, is not a true reflection and will certainly not win any points with the young Iranians who started this movement and are one way or another in the majority.  Separation of church and state is an ultimate goal and one of the many goals that Iranians are fighting for as they pick their own methods and leaders.

There is no perfect country and government in the world.  There is no system that has solved all the problems and there will never be a government in Iran that solves all of its problems.  Many of us have these childhood memories that are so pasteurized.  We need idealists who want a better and just life in Iran but everyone knows we’ll never be able to satisfy everyone.