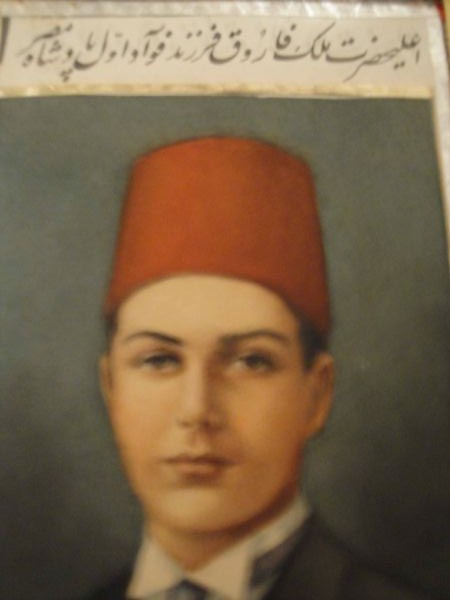 Hojaje of Islam, Saghtol Islam. It is your time to act. And guide your people who are looking at your mouth and your words to act and believe.

Now the time of war between Shia and Sunni should ends. Now the war should be for science, economies, welfare, technologies, sport and works for the people to create and produce. The war between different religions or sub religions in the powerful advanced countries has been ended.  That is the business of the great powerful countries to misuse the weak countries with ignorant leaders, who they confirm and help to stay in power; as long as the leader are simple, ignorant and not smart they can rob the countries much easier. They want war and fight between our brothers who are Kurd, Azeri, Turkmen, Persian or Balouch, or Bahai, Babi and Moslems, and they will laugh at us, how ignorant we are. They are united and we are separated. Look in USA, black, yellow, china people, red Indians and white from all over the world are one nation and we with the same history and the same of similar cultures and religions are separated and fight with each other.

Why we cannot be united, because our people are selfish and believe only in themselves. They are scientist without visiting even high school. They will show themselves as important and even they do not know about the matter, they speak so as they are expert in that matter. We have enough clergies than we need. An army of them are present now in Middle Eastern countries and most of them are rich and powerful and some them are really also knowledgeable. The different type of Islamic galleries exists like in Christian Catholic system as Bishop, cardinal, and so on are in their rank, like general, marshal or lieutenant. They call Ayatollah, which means beauty of God, great Ayatollah, huge Ayatollah one, Hojat al Eslam, Saghtol Eslam and so on. They call themselves Ulama which means scientists. Sorrowfully they do not learn like the Christian clergies Medicine or Math. In the Shah’ time I had some friends among them, and they were clever and nice.

Now you dear clergies of Eslam, you have huge power, you have capitals, money, books and freedom and possibilities, universities are in your hand and in your control. You have also the huge culture of past of Islam. And you can read all books written by old and ancient clergies like Ghazalie…and you have access to all theses knowledge. So why; you do not discuss the matter with other religions, Sunni, Bahai or Shia in a friendly environment? And solve the problem between these all religions?  So the people will be free from all these difficulties? Do you know that Moslem persecute Bahai and even kill them, the hate between people is not good for the country and for the faith? Do you know that these hates will expend all over the countries and the Bahai will have the same hate or at least disrespect for their Moslem brothers? Even the Bahai say that they will forgive, but they are also human being and some of them cannot forgive and destroy the life of your Moslem brother or theirs? So if you solve these problems, many other problems will be solved. Love and Unity; The brotherhood and science should be available for all Moslems and the people who believe in God. You should go even to China if the science is there and study it. That is not nice, you all of you clergies of Islam with all of your knowledge be quite and instead of discuss in TV, you let the Bahai be killed and their wealth be destroyed.

Many Bahais are ready to be killed for their religion, so they have so much bold to come and discuss with all of you even in Tehran or Iran. They do not afraid from the dead at all, because they believe, like the Moslem boy who is running on the mine and will be in part in few second to see the hurries in paradise.  Did you see that ten young woman in Shiraz went by their own feet to the hanging place with singing and joy and took the rope and kissed it and put around their necks. Do you think they afraid to come and speak about their religion with you?

Do you know haw many young Iranian boys and girl are perished among them is also the King’s daughter Leila, the prince of Pahlavi? Do you know that many Iranian with PhD degree and young killed themselves? Do you know that they are the treasure of our countries and if they are perished we lose part of our countries?  Why we should not have the same country like European Union or American United States? We should have   something Like United Countries of Middle East or United Iran and Turan or any other names. Why we should have so many young people who use drugs? Who have no jobs, no universities and cannot marry and have legal love with sex? Why they should be guided wrongly by their sexual desire? Do you want to ignore that powerful desire?   Act like Ali and not like Saddam.

In American all religions and all type of people work together and they do not have obvious problems. And all of them take part of the advancement of their countries. If you want to have just one group of people be totally the same, than you have just few people around you and the most people have gone.

You have a sea or ocean of knowledge does not hesitate and discuss the matter with other religions, you will win. You can prove the Islam with the logic, and science; you do not need to kill them. So the people who follow you will be much better educated, than if they hear that many Bahais are killed, because they did not want to change their religion. Which one is better, if they accept freely or be killed for their believes?

You know that most people act as what they see and they do not know deeply. For example they say they are Moslem, but most of them, they cannot read properly Quran and translate it. What type of Moslem are they?  They are just followers, they flow blindly sometimes your instructions. They look at you and do what ever you say to them, so teach them to be scientist and not ignorant.  So we will have peace between our brothers and sisters and we will build Iran.

In other Moslem (some) kill and rob Bahais and they do the same. Because they do not have power now, they act may be a little bit mild, but one day they will act also hard. I know a lot of non Bahai or Moslem is destroyed by Bahais. The Bahais took all their wealth and put them in a disaster situation.  So you can stop all these disasters.

Some people use the religions as a device to rob other people and may be they do not believe in God or their religion at all. You know Yazid, Maviyeh …or not they killed even the grand children of their own prophet.  I think you the Islamic beauty of God can manage this problem and bring peace and unity between our people. You know in each religions are good and bad people, so do not give chance to the bad people to act badly. Please, discuss with Bahais here in USA or in other country and solve this problem. So in that way we can have also an advance country and the people who misuse our negative points cannot use it any more. Divide and rob. You know that is their way. Stop this way by the sake of God. We can be also united a power in the Middle East. If you do not do it Islam will fade with the time as they have planed it. Hate for Islam will expand all over the world if you do not do your duty today. Tomorrow is too late than….Listen to the words even if it is written on the wall. Molavi, Sadi and Attar give the way and guidance. The human being will reach a point that he can see only God. Look how huge is the source of human being.  O  Sadi the good man will never die, the dead man is who that have not good name. The good man lives in the heart of people for ever.

Listen to your Imam Alhazratt Alimam Alkhomaieni Almosavi, who said dirt on my head if I want to misuse my position for me or for my family, friends. But what did his friend did , they build a huge grave for him. He may did not like it?