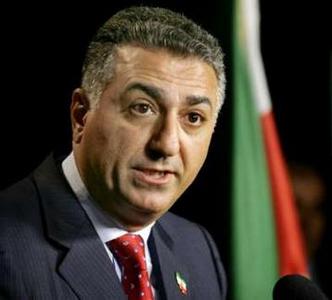 Last week, while in southern California, Reza Pahlavi of Iran hosted a delegation, led by Dr. Kamal Artin, President of KNC-NA, affording the parties to hold candid and productive discussions about Iranian and regional issues. Marking a significant step forward, the discussions were candid, in that they addressed past differences, but also quite productive, in that a consensus was reached over the common goals and values which are universally demanded by all Iranians: that of the territorial integrity of Iran, adherence to the Universal Declaration of Human Rights, including the principals of secularism and all freedoms that have been systematically violated by the clerical regime of Iran since its inception.

Agreeing that the clerical regime and its constitution is fundamentally irreformable, the participants concluded that the most efficacious way of bringing about meaningful change to Iran, is by means of a well coordinated, widespread, “non-violent campaign of civil disobedience” culminating in a free, fair and transparent national referendum whereby the Iranian people can directly decide on their choice of a secular, democratic system of governance: whether it be a republic, constitutional monarchy, a federative or centralized form of governance.