Getting paid in Rials instead of Dollars or Euros 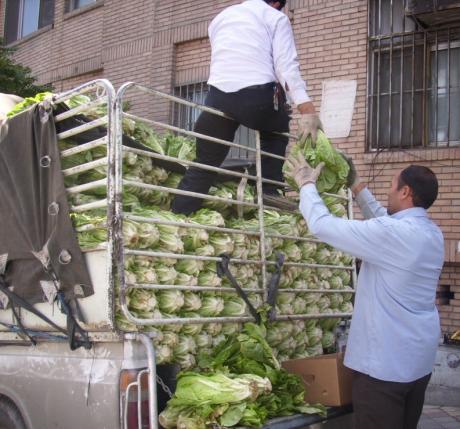 Talking smack is a daily exercise for Islamic Republic politicians and basically all Government functions. They just can’t talk straight and think since their only audience is the poor Iranian public whom they can abuse left and right, they are not accountable to anything and anyone.  Sometimes they forget how fast they’re smack talking and end up shooting themselves once again in the foot!

If you have an option to get paid in Dollar or Rial or Euro which would you take? The Rial that looses value by the hour or Dollar or Euro that is used worldwide and is mostly on the rise?  1 Dollar was 995 Rials in March and today (only 5 months later) it is 1051 Rials.  So now that the smack talk has gotten us into world of economic trouble our next step is to be paid in Rials!  It is like saying you want a fight?  I’ll fight you with one hand tied behind my back! Iranian version of Shaq vs ___ except Shaq looses almost all the time!

There isn’t even enough Rials printed for the prospective buyers to use the exchange if they’re stupid enough to do it!  As an Iranian when I go to Iran for a visit I have a hard time carrying money with me.  It’s not just me everyone is having a hard time carrying a suit case full of bills!  When you go to banks it is always a fight between the Teller and the customer as to how to break down the bills!

Every day Ahmadi & Co are willing to do everything including ridiculing themselves except act and behave in a normal business or diplomatic manner.  Yesterday it was we’re now ready to talk about the fuel exchange (after the sanctions) and shortly after that it was MASSIVE investments (with PRESS TV’s monopoly money 🙂 to repel the effects of sanctions and today they want their money in Rials.  At this rate they’ll bomb the nuclear facilities themselves and use it to exercise their asymmetric (asinine 🙂 warfare doctrine!