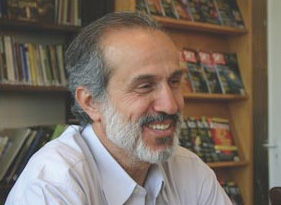 Iran’s Minister of Industries and Mines, Aliakbar Mehrabian, has said recently that Iranian scientists are committing a grave mistake to publish their findings in international scientific journals, because this is tantamount to providing free information to world powers, who then turn around and use that information against countries such as Iran. This statement has caused an uproar in the Iranian research community.

Professor Reza Mansouri, Iran’s Deputy Science Minister during 2001-05, has written a very thoughtful response (or, as we say in Persian, a “tooth-shattering” response) to this statement, and his response, which is in Persian, was posted on the “Professors Against Plagiarism” weblog on August 7, 2010.

The essence of Professor Mansouri’s rebuttal is that Iranian researchers publish fewer than 1% of all technical articles in the world. So, he asks, what have we done with the remaining 99% of the articles that other countries provide to us free of charge, including 18% by the United States alone? Why doesn’t the Ministry of Industries and Mines focus on finding strategies for making the best use of this free information to build up Iran’s technological infrastructure, instead of crying wolf over free exchange of information?