The system which is controlling the world will change the people to robots. 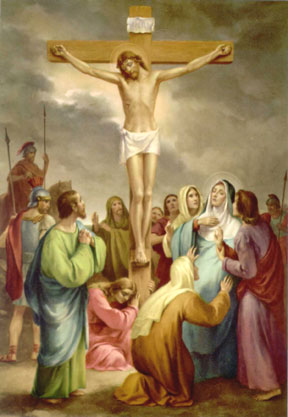 The system which is controlling the world will change the people to robots.  Why we have so many problems in the world, why we have terrorists and murders? Why the humanity is changing to cruelty and the people get more and more in the side of to be indifferent. We can hear the words many times that the people laugh at other people problems and say in their face that is your problem and not mine. That means I have no interest to listen to your problem. Or keep your problems for you and I do not have any interest about it. That is one way, but other people listen carefully what you are saying and they make a plan to have benefits from your troubles. They think they are smart and can plan a good benefit for themselves in the time that you are in trouble. One of them are attorneys that they see, you are in a difficult position and they plan to have a huge benefit for themselves and other people can also plan for their own advantage to use your hard time. Shahram said he was four years old and he heard a greeting word his family said to each other that was Alah Abha, which is a greeting word, used by the Bahais. Shahram father was Moslem and his mother was Bahai.

Shahram learned the word very fast and in the time that his father came home, he run to the father and with a lot of joy said, Alah Abha. Shahram father face color got red and he get very angry and slapped the face of Shahram. The child had pain and afraid and run to the mother. The brother of mother also his uncle who were there, get very upset and wanted to attack his father, but the mother said” please, do not interfere and be quite.” So I was the cheapest victim.  The beloved mother took him in her arm and kissed him, the father told the mother with the loud voice” did you teach this word to my son, Shahram?” the mother said no, he heard this by himself as my brother told me this greeting.  Shahram asked her mother later, why my father got so angry with me? The mother said your father is Moslem and I am Bahai, so we have different words for greeting. You can say Alah Akbar, but not Alah Abha? Shahram asked what is the different between these two words. They sound similar. The mother told him Alah Abha is Arabic and means the glory of God and Alah Akbar means the God is great. Shahram said all this disunity is for two words that mean almost the same? The mother said, yes. But you should not say Alah Abha to the Moslem any more; Shahram asked what is the different between Moslems and Bahai? She said my family are all Bahais or most of them are Bahais and you can say to them Alah Abha, but your fathers family are all Moslems you can say to them Alah Akbar of Salaam. Shahram said, but sometime I did not know who is Bahai and who is Moslem and I just looked at them for a while. I could not ask them are you Bahai so Alah Abha or are you Moslem Alah Akbar or Salaam. My mother said later to me do not look and stare at people if you do not know them, they are Bahai or Moslems say just Ruz khosh.

Later, we went one day with my father and mother and me to visit a Noruz feast to a Bahai family of my mother side. They were very rich and very powerful. The son of the family was in my age and we played sometime with each other, he had a lot of nice toys and I enjoyed to play with him and with the toys. He saw us and run to us and told my father Alah Abha. I thought now my father will slope his face as he did mine, but he did not in opposite he laugh at him and touch his head in a friendly way.  Later I asked my mother why the father forgives the boy, my mother said, because he was not his son and he could not influence him to say Moslem greeting. But he wants that you be a good Moslem and go to the paradise and not to hell. My father was an academic person, but he believes so deep in Islam that there are a lot of nice hurries in paradise and they will serve you if you are a good Moslem. May be he married my mother to change her religion to Islam. And my mother married him to change his religion to Bahai.   They had always hard discussion about religion and both of them get very upset and angry with each other and my father leave the house with anger. One time I asked my mother why you discuss so unfriendly about Alah Abha and Alah Akbar. She said that he does not want to understand or read books about Bahai religion. He thinks whatever he knows is good and enough. In his discussion he refers to the books that the people wrote against the Bahais and he does not read the books which are written by Bahai authors. He thinks he is right and I am wrong and he does not listen to my arguments. She said both of our religions are coming from one God, but in different times, and he is not willing to listen or read about the new religion came by the same God. I thought why the God sends the new prophet just to bring difficulties in our house?  I asked my mother why you do not accept his religion. She said I accept his religion, he does not accept mine.

Both of them are the same only mine is modern and has some new instruction, for example the men and women are equal, or everybody has to study, or the poor should get the minimum life, just because they are human, or the world should be united and we should respect all other religions and tradition of the people. Or we should have not any clergies any more and everybody should search and research by him/her to find the truth.  Your father is so deep in his religion that he cannot listen or hear what I say. I said why you do not accept his religion and forget about Bahai? She said how can I say to what I believe no? In Islam you can say that, but in Bahai you are not allowed to deny their religion; and believe. And in this time she was crying so deep and said the Bab, the gate of God had been killed by shooting of 750 bullets and the God did not let him be killed. It was in Tabriz and many people who saw that get Babi but the government of Iran wanted to destroy them as the clergies did not like them and they would lose their position and their business. But the second time he was killed.  That was a miracles performed by God. How can I deny this? A lot of Islamic clergy people who studied got Babi or Bahai. I asked why the God does not help my father to be Bahai.  She did not answer me. We had this problem for ever in our house. It was in the Shah’s time. I got this problem later, as in the school the children know my mother and thought I am also Bahai and they fight almost everyday with me. There was another boy in our school who was also Bahai and we try to support each other and be together. But they were more, ten or more. So we had always been bitten by them. In the time that I came home, I was full of blood, and my father said, quickly wash yourself and pray you Namaz before the time are passed. The Moslem should pray seventeen parts in four or three times a day. My father took me to my Moslem aunt, his sister a lovely woman and she thought me the Islamic prayer.  My Bahai friend was wondering why I pray Islamic and I was bitten as Bahai?

The religion should bring Love and Unity but in this case I had hate and disunity. I always told my mother that the children do not let me to study and some teacher hate me, too. Please, change my school. Actually she agreed to put me in a Christian School, the problem is solved and my teacher and the students did not care about me and they never bothered me because of religion. There was no Bahai school that time; it was closed by Iranian government.  First my father was against that, but as I told him that the children bother me, he was OK. In this school we learned about Christianity and my mother and father allowed me to take part in also Christian religion lesson. My father always took me to the mosques and my lovely Moslem family helped me to know more about Moslem, but my mother could just take me secretly to the Bahai gathering as my father have asked her” do not teach anything about Bahai to the boy”.  The Bahais did not accept me as a Bahai, because I did not have knowledge about that religion and my father was Moslem. I continue my study until I got MS degree in engineering. I got good job and bought a car and was ready to marry. Now the problem of religion again came to the view, the Moslem girls did not marry me, because my mother was Bahai and the Bahai girl did not marry me, because my father was Moslem. I try to marry a Christian girl, but it was not easy also.   Is in Iran, the only problem we have is believes of minorities? Why do not use this energy for universities, creating job for the people, training people for modern techniques, build houses for poor people, give possibilities to young people to marry and have a family, take care of people who are addicted to drug, build roads and keep the Iranian academic in Iran, millions of good academic Iranian are outside the countries and work as physical workers. Is the only problem you have are the few minorities, or Bahais?I will continue to write this real story later.