As long as we are not united, we will have the same problem. 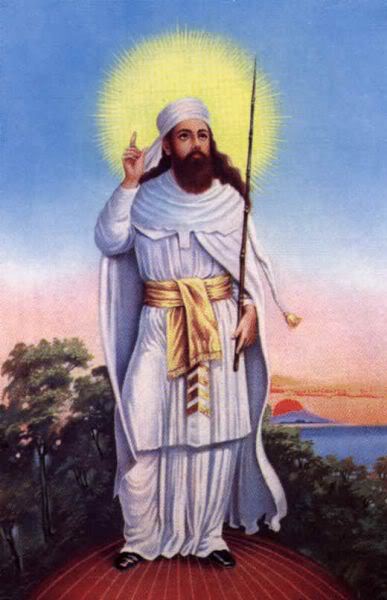 As long as we are not united, we will have the same problem.  The so called the first world or the rich world will its benefits. They do not care if we will go to disasters.  They want their benefit, their power and their control in the whole world. Now the Soviet Union is gone and they are the only one who has the power. It is clear that they want to destroy us and even the middle class in their own country. Their low and regulations are all against the milled class. It is true that some middle class and some upper class have the possibilities to come to the upper class, but that is not even a fraction of the population of middle class and poor class and even these fractions forget about their own people and will be one of them.
Their system is bring hate, war, disunity and not education among the middle class, train the people to be cruel or indifferent so we can control them. If you read the newspapers and see the movies in you tubes; you can see how they work.  They destroy the third world and set up for corruption and disunity, they bring hate between religions, nationalities and languages in the third world, but in their countries they do not have these type of problems, in their countries they misuse the middle class to pay more tax and have more difficulties so they guide them to be poor class.  You see such an idiot like Sadam is brought up by them and even destroyed by them. In the time that he was in power, he thought he is god? He fights even with his master. In the time he was in power he got all the weapons he wanted and he killed with chemical weapons our Kurd brothers. The whole world was quite.  The only way to fight with this evil is, that we should be also united and help each other and train each other and be well educated and human. What ever we do except those is in their benefits. They bring corruption, they bring people to be indifferent or cruel, they do not let us to study, because they want just physical worker, they bring stupid selfish people on the power. They bring hate and they guide the people the way they want, because they have the media in control.

As long as uneducated people are there in the world, we will have the same problem. They want power and money and they will get it. And we the middle class in the whole world are their victims, until we are also poor class. The only way is Education, and Unity of US the middle class and poor class.

Here is a letter of a foreign that had a business in USA? That is a letter written by one of Iranian friends.  Omid Irani.

1-     The County gave me occupational license for my business in two buildings and the business was working as a non profit organization and it pays its costs and helps the students and other people. They cancelled the occupational license and I had to rent the buildings to the regular people. The County makes a mistake, and I should be punished for their mistake, is it fair?

3-     The insurance company which is Liberty Mutual just had collected money, but in the time that I needed help, they just paid a company to dry the floor, and they refused to pay the damages.

4-     The people gave me bad checks, but the banks do not give me their address or telephone numbers so I cannot even contact them and ask them to pay, they are protected to rob me.

5-     I had an accident and a car hits the car that I was driving, the attorney thought the matter does not bring a lot of money for him, he let me in the middle of the process put a line on the matter so no other attorney will take it or continue it.

6-     I asked an attorney to help me, but she wants a lot of money in advance to continue my process for County.

7-     In this case that so many people misused me and took advantage of me and did not pay me, how can I pay the interest and high interest of credits cards? I use their money for the school, and the people thought I am rich and took my materials, now how I can pay them back?

8-     It there is a law I should also have the benefits of that law, the people rob me and the law says that is fine, how can I pay my bills if the system is so indifferent or even cruel to me.

9-     I worked more than thirty years as a college teacher, translator and consultant for three different countries. Germany Iran and USA and now I am 48 years with engineering MS degree have no penny left, because the people were so cruel to me. And the system is so indifferent or cruel.

10- If me with so much skills and experience am treated so indifferent and the people or officers are so indifferent, how the regular people can live, if they decide to work honesty. Please, take the matter under consideration.

11- I hired an attorney to take care of my situation, if the system cooperate with me and modify my mortgages, I can continue as you know the price of the buildings and houses are dropped down and interest rates is also dropped down but banks want the same rate and the same money which is not possible.

12- The credit cards and bank destroyed my credits so no company hires me. They paid them what I could and wanted to justify the mortgages, but they send the paper for foreclose to my tenements, and they thought the house will be foreclosed so they destroyed the house took materials and did not pay also.

13- I hope some logical people can understand my situation, in the time that so many people robbed me and attacked me and destroyed my life, because of the mistake of Orange County how can I even survive.

14- But still I will pay as long as my attorney can solve my problems. Which is in reality the problem of the Orange County and I am its victim and the systems are so indifferent and ignore me.  Omid Irani

I hope that we can work for unity of mankind and the world will not be so corrupted, that as long as the people do not have any benefit to do a legal work, they ignore it.  In Iran I have been persecuted, because my father was Bahai and I was not, the Bahai family and Moslem friends also destroyed and robbed me and misused my situation.

I am willing to go to any judge and explain my situation, but I cannot pay the attorneys who want $180 to $200 per hour, how can I pay?  Your country claimed to be free country, but in reality it is the same as other country.

I wrote a lot of letter to the different personality and attacked is one of them, to the President of the United States.

You see that the whole system is useless and do not or cannot work for the Just. There is no Just in the world including … and for this reason we have terrorist, the people who are feed up with unjust and are atracted to terrorists organization, if you want to destroy the destroy the terrorists, destroy the unjust first. You will have not terrorists if you  build Just and Uniy. Good thinking, Good action and Good speaking. The Iranian Phropet told, if we flow it?