The hate between Bahais and Moslems and unjust brings more victims and because of this hate innocent people are destroyed. 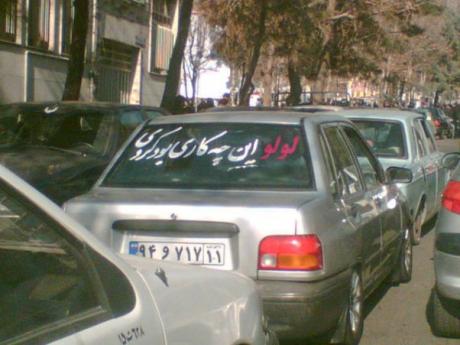 There are a lot of nice and good Moslems and Bahais, but sometimes in both groups are bad people who misuse the situation for their own benefits. A lot of my friends have been persecuted by both of them. The Moslems killed over 20, 000 Babis and recently over 200 Bahai people in Iran have been killed and thousands of them are persecuted. That is not right. But some Moslems or half Moslems also have been persecuted by Bahais. These types of people have been persecuted by both of them. They took their wealth and destroyed their family. This hate should be stopped. It is not fair that innocent people should be destroyed and persecuted, because of the religions of their parent. We all will lose, because of this hate. We should work for the unity of mankind and bring our countries up and not destroy each other because of religion which is a philosophy and it is not a science or a real fact, it is just believe.   Who brings hate between our people in the Middle Eastern Countries and why we do not go further in the science and why we are not advanced?  If you look at the history you see that the great powers always tried to push the other nations down. If you listen to just “ you tubes” you can see who bring so much hate between us. Why they bring so much hate between us. If they see a leader of us works for himself or for his people, they (the great powers) will destroy him. They want cheap row materials ,but they want to sell their products as expensive as they want. They need ignorant people on the tops of the governments so they do not understand the situation and they bring hate and disunity between people and they(the great powers) can rob much easier. I ask myself sometimes, why Khomeini and Shah did not work together as they did before. Borojerdi was much more important in his time than Khomeini and he was as the people say, much cleverer and much more knowledgeable than any other clergies. And he cooperate with the king. Why?

Why he worked with Shah and Khomeini did not? Why they should fight with each other for power and destroy the life of the people?  In many documents that we can see now, it shows that Jimmy Cater wanted to destroy Shah and Iran. Why? The Shah told the reporters that my country will be soon one of the most important countries in the world and will take the fifth place. And as you listen to the conversation, it is serious and the British reporter also agrees that.  Sadam and Iranian leaders were both Moslem, why they fight with each other for eight years and destroy and lot of wealth and people of both countries, why?  If both sides were clever, they know that they cannot win and they will lose, both of them will lose. It is obvious that behind Sadam was the great powers and as you see in the” you type” they were behind him and they were also behind the new regime of Iran, yes they were also the great powers, who wanted hate and disunity between our people, why?

And I heard that Jimmy Cater said, I destroy the second Japan in Asia, which is Iran, why? First of all as you see ;they are expert s to bring disunity between people. Now even between the flowers of Khomeini is gab. Why again?  It is clear; they want to be the master and us the slaves, the modern slaves. We should work like animals and have nothing and they live in the best situation. Why the Middle Eastern countries should not be united like Europe or America?  Because the leaders are ignorant and think about themselves only and they think they are safe, which is not right, example Sadam. They want to sell their weapons, their drugs to us and they make much more money with this business than all other business. They make money and we fight with each other about Sunni, Shia, Bahais, Rashti, Kurd, and Turk and … and they take all of our capitals. They programmed to bring hate between us and destroy our family and system. Our youth have not enough work, cannot study, cannot marry and cannot be useful. They are attracted to the terrorists, drug dealer, take bribes and take drugs, kill themselves and or going to other country as physical workers.

So all the nations of Middle Eastern countries with the same history same religions and same cultures and similar languages should be united.  We will be a great power, like India and China if we are united. We can have progress and will in the same level as Europe or America.  But now we are not. We are not united and we fight with each other, look in Afghanistan the brothers kill their own brothers, why? Our way is to be united, to be tolerant, to be educated and to learn to cooperate; all of us want to be a king or president, or leaders. We should work together and not against each other and work for the society and nor for our private bank accounts?   Even we are super rich, we can be destroy if there is no Just and Love.