Why we have terrorists in the world? 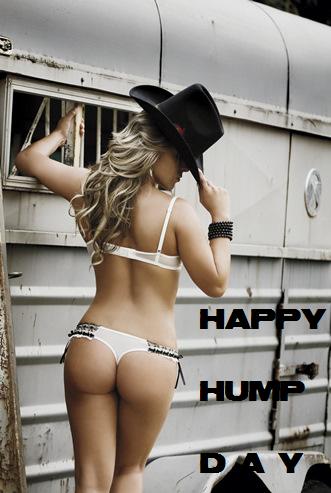 Why we have terrorists in the world? Who force the people be terrorists? And why we have them. I think the unjust and the system of the world which is cruel and indifferent create terrorists. You see the great powers attack Iraq and destroy the military and police forces in that country. They supported Sadam and now Sadam does not listen to them or get crazy and they want to punish him. In the war between Iran and Iraq, Sadam was totally supported by the West. And he used even chemical weapons against our Kurd brother and the world especially the West were quite. Now Sadam get the craziness of the sickness of dictatorship.  Any person can get the diseases, a man who was a normal person could not speak even other languages and did not know anything about world politics, science and  humanity and he was a murderer and ignorant person, got the president for life in Iraq and after him, he thought his children will get his position. He killed all the people who he thought they are against him, including the former president Albakr.

He was his assistant or his vice president. Nobody said anything against him. And the West even encourages him and supports him.  Now he was sick and he thought he is sort of god and is rich, had more than twelve palaces, live in supper luxury life. And he wanted to attack Iran. A country with eleven nations which was under a revolution and the people were trained and guided by… and the great powers have another Idea for this country. He attacked Iran and the world was quite and even helped him to continue the war. So in the time that he did not listen to them, they attacked and destroy him. But my question is why they destroyed the army and police. All of them were not the slave of Sadam, were they? They just wanted to have a job as everybody else wanted. They destroyed the whole army and police and tried to bring with the foreign soldiers and officers peace in the country. They could not speak the language and they did not know the culture. The West could just change the heads or army and police and keep the body. A soldier is obeying his officers and the officers obey their generals, it they just changed the generals they could save a lot of money and energy. They did the same mistake in Afghanistan; the people who lose the job will be attracted by terrorists and will join them. The same in other countries, if a young man had no money, no job and there are no education possibilities for him and he cannot have a family and be productive and need food and love, he will be attracted by terrorists.

The organization give him money to spend, gives him gun to fight for unjust? Say you are Moslem if you kill the people who are not Moslems you go to Paradise and if you are killed by them you will have the same reward. You get nice for always Hurries. The gab between rich and poor is very huge and is growing and soon it gets bigger and bigger. The middle class people will be destroy soon, if they do not get bribes and be rich, they will be the poor class soon. The rich have billions of dollars and the middle class do not have even thousand of dollars. Inflation in some countries like Iran destroys the middle class and deflation in country like USA destroy the middle class. In Iran the banks do not give loan so easy, because of inflation and the loans are given to the people who have connections, and in USA the banks give easily loan, because there is not inflation and they can gather real interest. With 20% inflation, in Iran; the middle class people are destroyed, and with one present inflation in USA; concerning just few items the middle class in USA are destroyed.  The companies of insurance, drugs, and weapons got richer and richer. And there is a false fight against the terrorists in the world.  Do you think if a man a young man has wife, children, education, work, house and future will risk and attend the terrorist groups? Education, Work, Family , welfare and Love will prevent the people go to the terrorists organization. And they will not be attracted to them at all. But if there is no future for them and they do not see any hope, some of them kill themselves, suicide, or try to take revenge from other people and suicide themselves with a bomb in the middle of other people, some use drugs, some take bribes and do illegal things. Some misuse other people and robe them. Even some they kill their own parent to get their money faster. If the Love is died, we have these entire problems. The hate between religions, nationalities, races is used by huge business people to get money and more money for their greedy sprit and we all are their victims. We lose our lives, family, country, friends, jobs just because the system is cruel.

They show they will fight with terrorist, but in reality they want the terrorist to fight with them and sell their weapons, drug and reduce the people also. They are not killed in the battle and in the field of hate. They are sitting in golden and ivory places next to the most beautiful women and eat the best food and have the best fun and lives and we should fight and hate each other, because of religions, nationalities and races or other man made differences. I hope one day Love and Just will govern the world. And the greedy people know that they cannot live for ever and it is better to be human than cruel and indifferent.