Are the Ayatollahs are advertising for the Bahai religion or they really want to destroy them? That is a question. 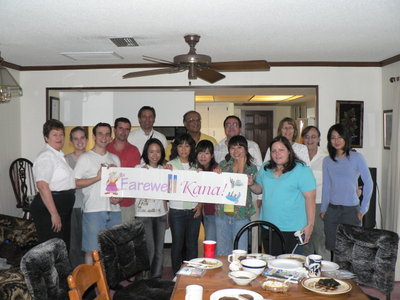 Are the Ayatollahs are advertising for the Bahai religion or they really want to destroy them? That is a question.

If; you read the history, nobody can destroy and idea by force and killing, you let and idea grow faster and faster. Like Christianity which was suffering so much and many of them have been killed cruelly, but the result was growing of the faith. The Islamic government of Iran can very easy with a debate on their TVs put this religion down if they discuss about it. So much knowledge and so much argument that the Shia has, it is enough to win the discussion, but by killing them or disturbing them, you just let them grow faster. You can prove easily that the Shia is right and Bahai is wrong why by God seek, you do not do it. The government of Ghajar killed over 30,000 of them and the new regime also killed over 200 of them, innocent boys and girls. Is the Bahai religion stopped? They say they have over seven million followers. Do you not think that was because of your advertisements?  If a Bahai girls go to the death palace and kiss the rob and put it around her childish neck, do you think what the people in the world will think. Who bring Shia down and who brings Bahai up? Let me tell you as a friend, that the Shah and the Bahais are now more beloved than in the past and in opposite the Shia in the world and Islam now are more hated than before. You are making a free advertisement for them, if you know or not. Now the people listen to the Bahais and ignore the Moslem, if they read the media. It is logic, if 10 young women, like bridge of Shiraz are killed in Shiraz the city of Hafez and Sadi; the people of the world are amazed. Who make this advertisement for them?  Ask the statistics how many Bahais were before Islamic revolution and how many are now in the world.

You just make the life harder for us. The Bahais are now so proud that they do not even believe that under them are even bad Bahais. They say all of us are good. Who gave them such a position?

So many Ayatollahs with huge knowledge of religions and they are the ocean of science and knowledge and they study years in the Islamic sort of university, why they do not make a round table and or a debate between the Bahais and themselves and one time for ever solve this problem so the people of Iran, Bahais and Moslem will not suffer about this new Iranian religion based on Shia. If, somebody can prove his/her opinion; why he/she will fight with the weapons for his idea, a pure right idea does not need hate and fight or?  If some body can discuss and have answers why they do not make a TV debate and make clear that the Bahai religion is wrong and for ever they will be free from this religion. The Moslem and Shia have power and money, TV stations and Radio stations, they should invite Bahais who are in the jail and guide them to the golden Islamic religion.  Instead of keeping them in the jail, bring them in TV and in a free situation let them speak and you the ocean of knowledge the beauty of God, means Ayatollah, with your huge knowledge answer their questions.   The world newspapers will write than about you knowledge and your Shia religions.  Please, do it for the seek of God and let the people be guided in the path of God, with torching and or keeping them in the jail you are advertisement free for them, and they will gain and get more followers. You do not want that, do you? They say we are right, they cannot give us answers and they put us in the jail. Like the Christian who were thrown before the hungry lions in the Roman times? Think over again by killing and putting them in jail ; you are advertising for them and they grow faster. But with discussing and giving them argument, you will win, I am sure. So again try to act them logically and with discussion, not with force and killing. The world will see it and you will lose more and more. They say they are working for Love and Unity and they say their teaching is to love and help. Why you do not do the same thing. Why you do not show more love and respect. I hope that so many academic clergies will prepare a good debate in TV against the Bahais and just invite the Bahais in jail, they will discuss with you and this time you will win. The humble is good if the powerful people do, if a bagger does that is his attitude.

You have Quran; you have so many books about Shia and Islam. Make it clear for the young people that you have right and close this as you said the shop of British or American. The time is the time of logic and discussion and not killing and jail any more for ideas?  In this way you are just punishing some of your own people, who will lose respect and get more difficulties.  Even seven million Bahais are not a treat to billions of half of Moslem or over hundred fifty millions Shia. Educate your people to discuss and to bring the truth between people, by love and unity.