Do you think that all Bahais in the world are good and nice? They say so, claim so? 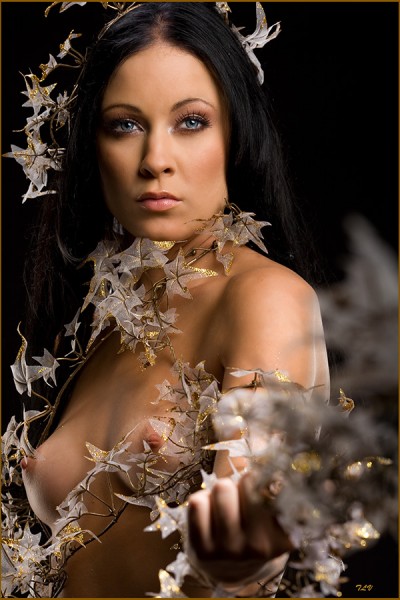 Do you think that all Bahais in the world are good and nice?

Why the people want to say that in their religion is no bad people and all of them are perfect.

I will say the bad people are everywhere like the good people. In each religion we can have bad people, and good people. To say that my church or religion is an utopia is not wrong, because all of us are people and could be bad and good. Bahai religion had a lot of advance guidance and many Bahais are nice and good. But as you heard thousand friends is nothing and one enemy is too much. With other words if you trust for example all Bahais as well, one bad one can misuse this trust and destroy your life. I know a lot of examples that the Bahais did the same thing if they had chance.

The Bahais refers to their teaching, which is advance, but that does not mean the people will flow them totally. The may misuse the good name and take advantage of the good name and good believe. But human is human and I think religion in the history did not make good people. Some people are good in any religions and some are bad also in many other religions. The Bahais can be as cruel as Moslem or other members of other religions and just good words and good guidance cannot make the people better. It is not fair do not say the truth, because of deep love or respect. I respect Bahais and I lost all what had concerning religions, but I never hate Moslems and Bahais.

There is a huge gab between speaking, speech and action. The Bahaullah said as my Bahai mother told me, if the religions bring disunity and hate between people to have no religion is much better. I wrote many real stories about these problems. You say the Bahai, the whole Bahais do not hate other people because of other religion, I saw it and I know that is the principal, but some Bahai if they have the possibilities they do the same as other people. This is my telephone number 4072819704 and I have documents that the some Bahais did the same as the other believers can do. As long as they do not have the possibilities, they cannot do. But if the have the possibilities they act almost the same as others. I take just one example. X was born in a family of two religions, Bahais and Moslem. He was misused by both of them.  As a child Moslem children bothered him as Bahai and Bahai children as Moslem. The Bahai children may be were some how trained by parents to bother him. May be they told the children negative words about him. I heard from many Bahai that this boy has two religions and have the benefit of both religions. That means X should forget his father who was Moslem and his Moslems family and just have contact with his mother and her family. He was always referred from Moslem as a Bahai and dirty one and the same form of unfriendly way he experienced from his Bahai family. He was not allowed from his father side to go to the Bahai School, so his knowledge about the Bahais was very little. His mother respected his father and did not teach him about Bahai.

Later he wanted marry, the Bahai girls as soon as they knew he had Moslem father and Moslem family, they run away. The same was with the Moslem girls. So he married a very low class Bahai as the normal Bahai family did not accept him. That means his father in law and mother in law were elementary graduate persons. They started to bother him, because he did not have Bahai knowledge for example he could not read Bahai prayers, also Namaz.

After the glorious, great revolution in Iran by the world leader the great scientist and philosopher Alimam Almosavi Alkhomaieni he was sent out of his job. The Moslem friends of him use the situation and took a great part of his wealth and as he went to the court system of Iran, they supported the other side, because he was known as Bahai.

But the Bahai did the same thing to him and robbed him and destroy his wealth which he has given to them to keep. He wrote letter to the Bahai administration, they ignored him and in opposite they were against him. The Bahai families make a lot of negative advertisement against him and isolated him. The Moslems told him, if he wants to be accepted as a Moslem, he should write materials against Bahai and say bad words against them, he was denied so he was persecuted by them. The Bahai did the same thing to him. His Bahai family in USA took his wealth, because they hoped he will be killed as a Bahai in Iran, as he was here, they were shocked and let him on the streets. The Bahai administration did not take his matter seriously. He was for a long time on the streets, until a church give him a place in church to sleep and his Bahai family in USA told everybody he became a Christian. X with PhD and a lot of experience was misused by his Moslem friend, government of Iran and his Bahai family did the same thing to him. So many people lost their life for believe and the people told him, you are still living, but is it living if you are robbed by many people and they destroyed your life and your wealth. I wish one day we can over this system which is train the people to be cruel or indifferent.  I will work for the real Unity of Mankind and Love regardless to the religions, nationalities and races. What you can call all these indifferences and all these cruelty which has happened to X?

May be in this way, we can build the Unity of Mankind with Love and Respect. And the indifferent administration which is useless in the whole world should change to a much better one.

In the USA there are a lot of companies which are cheating the people to give them something and but in reality they want to take something from them and what ever they say is half lie or lie. We can get you modification if you pay us 4000 dollars in advance,or we can get for you free money from the government as ground if you pay us $1000 or you won millions of dollars if you pay us so much money in advance, or they send you scam checks and your bank cash it because of your credits and after 20 days the check is a scam and a bad check. Or the government gives you permission to have a business and after you put all your money and effort in the business they cancel it. And we should always admire. And the people do not like to listen to the truth. The people misuse the trust and make money from the people trust and believe or love or the people get with the time after so many bad experiences indifferent and that is what the system of the world wants. But I think we should punish the bad people and not to be indifferent with good people. The way that we have two choice to be safe , indifferent or cruel should be change to Love and Unity and Help Friendship

As you see the Booeyman who is Lo  Lo and took the breasts brouth them back. The lady will keep them in her safeguard.