Why we do not listen to the wise people? Like Molavi…. 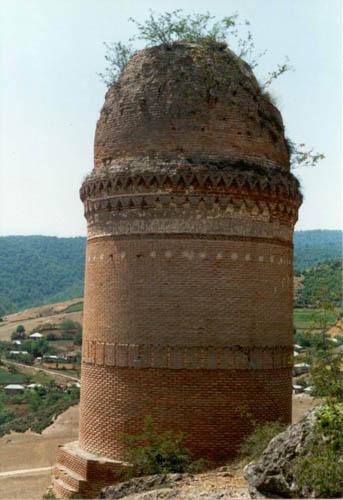 Why we do not listen to clever people like Molavi, Khayaam or Sadi….?

Or other great people like Attar, Ferdowsi or Tolstoy. Why we should kill and disturb other people lives?  Who do not listen to prophets, not the philosophers, not the wise people and all of us will lose. Do you think the greedy cruel people are always safe?  Do you think the people who are misused by them will forget and forgive them? They are just looking for a possibility to perform their revenge.  If; somebody robe you ,and or destroy your house or car. Do you forgive him/her? We are quite, because we afraid to get more difficulties and our quietness does not mean that we are happy or satisfied. Cruelly is bad and hard. But what can we do, the cruel people have power, money and people who defend them. They can even kill us, if they feel we want to revenge them. But we wait also patiently for a good time and for a possibility.  If somebody robe your and destroy your life, do you forget this? No, but the system is indifferent, the people will laugh at you, if they know you lost. The Judge will not listen to you. They are indifferent and or cruel.  In USA , the attorney wants a lot of money in front. For one hour he/she wants 150 to 300 hundred dollars. In Iran, they say that is your problems, and it is not mine. The other side robbed you and is willing to spend some of that money to the corrupted people to bother you more. You make a mistake or you trusted a friend. So what will be result, you do not trust so easily any body anymore.

I remember a professor in Germany many years ago said, we have two faces, spiritual and materials. The material face forces us to be selfish and take everything for ourselves, even more than we need. We want the best clothes, the best houses and a lot of money the most beautiful women if we are men and rich maybe handsome men, if we are women. We want to destroy other people life for us or for the more welfare of our children. If we get a good position, we think we should take everything for ourselves and we do not think about other people.

But if we clever, we will be nice and Just. So we will be happy and the other people will love us, too. We should not misuse love and trust of other people, because the system or society is corrupted. If the other people who are misused by us got power, they will do the same. If we study those wise people, they show us the way, but we do not listen and we damage our lives and the life of others.  So with other words we are not wise enough to use our life for Love and the Unity of mankind. In this way all of us will lose. If the system of the world is so unjust and so indifferent now, one day it is also our time. We cannot keep the power for ever. In the time that we lose it, it is the time of other people to misuses us. O man who is killed here, whom did you kill in the past and who will kill the one who killed you. The life is short; we should be clever and not misuse this short time for bad actions. If we think deeply, we can come to this conclusion, if we be nice; we will have more benefits. Especially if; we have power. O powerful man, eat and give to the others also, so you will have a nice life here and in the other world, the world that we believe.

Who trained Taliban and who is supporting the terrorist? Who gave them weapons and still is giving them?  The fear of communists destroyed our countries totally. And even now, the business of drug and weapons and insurance companies misuse the situation.  Who was quite in the time that Sadam use chemical weapons?  The world rich people want this confusion and this disunity, because they make enormous money with this hate. Who will buy a bomb for one million dollars, if there is not hate? Did you forget that the great powers want hate and disunity, so they can sell their weapons and drugs? Do you know that the business of weapons and drugs has more benefits than other businesses? We are victims of the hate between nationalities, races and religions and who use this hate? Who gave these type of regimes the best equipments to fight with the people?  Who make contacts with them?  Did you forget the intermediates?  Who run the televisions and newspapers in the world and control the Medias? Who has billions of dollars in their bank account, and most of these money is gained from the worst way and is not legal?  Who pays taxes in the West, the multi billionaires or the Middle Class? How a man can make billions or dollars and the other man with the same qualification has not even thousand dollars?  Where is Just? The whole just system is useless and you can buy them. Legally or illegally.  Who programmed inflation and deflations? Who brings the fate between religions?  Why they make difficulties for education in the whole world. Do you know that in the West the teacher is not allowed to ask the student bring her/his book with next time. She/he can go to counselor and the counselor will say the student does not need to bring his/her book. She/he can look to the book of her/his neighbor?  Why the teacher is baby sitter?  Do you think there is love and unity in other religions or all of them are misused for business hate and politics?