Random thoughts of a confused forigner 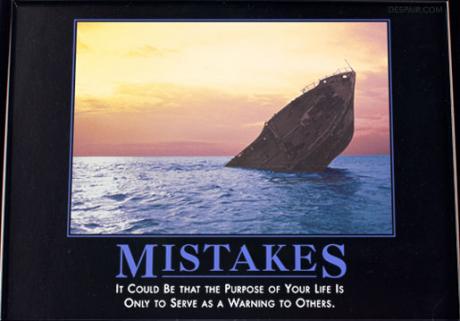 I came to the U.S at the age of seventeen by myself from Iran. Before I get to this country, like most of us Iranians, I went through the usual pain and agony emitting from our glorious uprising against tyranny and replacing it with the “DowlateMehr”. Not to mention when this all happened I was only 12. Nevertheless like everyone else, I too, paid the price, suffering from personal losses in my family to being a refugee all over the world!

After arriving to the U.S., I started community college with a goal to go to film school and earn my bachelor’s degree. I have to say that filmmaking was my first passion. But I had to learn English first!

Right before I started film school, I decided to start on the right foot. Marrying a nice Iranian girl who had absolutely nothing in common with me sounded like a great recipe for success!

She is a successful physician now married to someone else!

In my first year in film school, I wrote and directed my first feature film and managed to screen it in a couple of theatres in LA. Not bad for a first year film student with no connections or resources. I believe if you type in my name in www.hollywood.com or www.imdb.com it will pop up!

I was on my way up the ladder towards fame and fortune!

Once the film flopped and I graduated, I started my own production company. Us Iranians need to be our own boss! Did little projects here and there such as short clips and music videos. I then produced a Documentary/How to video called “How to break into acting”. It was a good project and a very helpful tool for many starting actors. It is a shame that no one got to see it.

Trying to make ends meet while my company was on its first leg, I had to wear many different hats. I was a wedding videographer, a production assistant in several projects including a game show called “Supermarket Sweep”. Anybody remembers? I was a waiter, a tape operator, a tape vault person, a limo driver, a delivery messenger, a failed shuttle company owner, and ….. You name it, and I did it.

It took some time, plus my wife’s constant “loving”persuasion, to make me realize that I was going nowhere!

So I decided to go to law school and become an attorney! I am an Iranian man after all and I need prestige!

This is when my wife decided to leave me. She was in her second year of medical school and has had enough of me by then. As if, that is ever possible! She told me that while I was pursuing my film career I at least had a dream. Now I was dreamless. She just couldn’t handle that. She also was kind enough to let me know that she was a very sexual person and pretty much any man could raise her interest. She just didn’t want to have sex with me! This was a necessary and uplifting piece of information which every man should hear, at least once in their lifetime! I later learned in law school that this is called the Emasculation Clause in divorce proceedings!! It comes right before the Castration Clause!

My current wife is nicer though. She only wants me to commit suicide or die.

The first year of Law School was great. I felt free and hopeful. I was doing good in school and I was living a true college student’s life on student loan! I was having the time of my life! I was even nicknamed the Eye-Raynian Stallion by my friends at the time! Things were on their wayup!!

I had also started working as a legal assistant in a law firm in Newport Beach. This is where I met a beautiful sexy and spunky secretary. Before I knew it, she was pregnant and I had dropped out of law school!

The Stallion had worked its magic!

I was now a proud father and a proud owner of a limousine company in Orange County. I also had two other partners in this venture. It is not too long before we came up with the brilliant idea of buying a failed rental car company, turn it around and grow big. I was working really hard for long hours and with almost no pay. This put yet another added pressure on my already fragile family life.

I was certain however, that this time, through my hard work, dedication and sacrifice, I would be successful. My hard work will pay off and everything will be alright.

So, I was back in school again to get my paralegal certificate, while going through lawsuits and bankruptcy. The entrepreneurial lion inside me however, did not sleep and was still roaring.

This is when I met Pamela, who brought me to the wonderful world of hard money loan. I met her in the law firm where I had just found a job at as a paralegal. She was one of their clients. She was a great teacher who showed me the ropes and taught me how to make money using my own personal savings and that of my family and dear friends. She was the female Bernie Madoff even before there was a Madoff, and I was her pupil. She was a true pioneer!

I was now married for the second time and had a family. Money was great and I even managed to take my family on a month long European tour. Pamela was as honest as they come! All the deals were legit. That little sweet old mafia lady who lived in Vegas and had a vault full of money in Holland, was just an innocent widow with no one to help her. Or Gene, the guy who had us sit and wait for two months waiting for this millions of dollars wire transfer to arrive from, of all places, Nigeria, had to be an honorable, hundred percent upstanding, law abiding gentleman.

This time for sure I had made it! Not only that, but all my family and friends will be rich too and will be thankful and proud of me.

After Pamela vanished and my friends and family shunned me, we moved to Vegas.

There is nothing that a little nervous breakdown cannot cure and Las Vegas is the place to be!

Few years passed and I started working in Corporate America. I had learnt my lesson but not given up yet! I couldn’t and didn’t want to tame the lion.

During these years I dabbled in more adventures and failed. Call it stubbornness or perhaps sheer stupidity. Whatever it was, I knew that I would finally make it. Or so I thought.

While I was trying to move up the corporate ladder and falling off of it through constant layoffs, I worked on different projects domestic and international. I tried to fund multi million dollars hydro-electric projects in South America. I traveled the world and throughout the United States. I was even in the Presidential Palace in Ecuador meeting with president Lucio Gutierrez, for one of these projects.

My most recent failed adventure was importing natural stone, fashion jewelry from India! Heck, I even tried my luck at poker. Even though I am a very good player, I never seem to be able to win!!

I recently worked as an Associate Producer in an independent film. The film is due for release on November of 2010. We already have over 2100 fans on our facebook page. No money yet. I just did it for the love of the arts.

However, between you and me, I cannot help feeling a bit eerie about the success of this film or lack thereof, since I had a hand in it! Well, can you blame me?

Today I am on top of the world! I am penniless and up to my eyeballs in debt. I am jobless, careless and homeless!! I am suffering from diabetes and recently found out that I have cataracts in one of my eyes, at 44!! Can you believe this?

Despite all of these, I am still standing and I am still hopeful. I figure if I am to go down, I will be going down kicking and screaming.

I am smart, likable and have a great personality. I am a compassionate individual and thrive on helping others. I am creative and full of great ideas. I just cannot seem to get it right! It seems like whatever I touch, turns into crap!! Will things ever turn around?

Perhaps not! Perhaps it is true that the only purpose of my life is to serve as warning for others!

Because I tell you, turning me into a success is a monumental task. It would be like rediscovering Penicillin!