The Weakness of the Islamic Republic 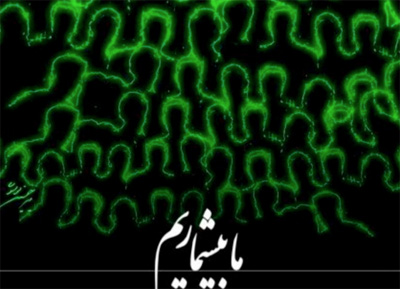 As an Iranian journalist I’ve been asked by my American or European colleagues that “what can we do about Iran?” This question is asked more pronouncedly each time that Iran undergoes turmoil and change. The political and social developments of the last year and half have constantly kept Iran at the center of attention and thereby have given rise to this question time and time again.

Meanwhile a new element called the Green Movement has been added to the political discourse and dynamics about Iran. The width and variety of the Green Movement has been unique in the thirty years of the history of the Islamic Republic so much so that the only movement similar to it could be the 1979 revolution itself. In the 1979 revolution all political factions and groups also converged over the axis of fighting against the Monarchy and the status quo.

At that time there was no clear outlook for the post-monarchy regime. Some were after a communist system and some after a democratic one. Some were dreaming of federalisms of nations and some others an Islamic government. In any case, the speed with which developments led to the fall of the Monarchy did not let the various perspectives reach a consensus about “after the status quo.” The Monarchy also with its conduct had widened the umbrella of those “against the status quo” so much that finally it was brought down by it.

The Green Movement a year after the electoral coup d’état created a movement as widespread as the 1979. From the most religious layers of the society to the most secular ones consider themselves part of the movement despite their different perspectives. In other words, it is the Green Movement that has defined itself so widely. But it does have a significant difference with the 1979 revolution. While in the 1979 revolution to be anti-monarchy was the point of agreement of many different and even opposing groups, in the Green Movement to be against the Islamic Republic is not the point of convergence for all active forces. Thought there are groups and individuals among the Green Movement who are against the Islamic Republic but this antagonism is part of the movement and not its entirety or its base. The most important factor in brining different members of the movement together is being “against the status quo”. The radius of the disagreement with the status quo can encircle from the closest friends of the Islamic Republic to its farthest enemies.

The Green Movement in its life time has had its ebbs and flows and various targets have been proposed by its members. But its shared principles if realized are the pillars of a democratic regime. Principles such as the freedom of media, civil liberties, free elections etc, that form the basis of a regime supported by people.

Islamic Republic in its present form has reached a point that it does not even claim to practice a religious brand of democracy. For it has eroded all the symbols and indices of democracy such as independent press, a parliament for people, and the independence of judiciary by security and military suppressions. This will only help the opponents to reach a wider consensus to go beyond the Islamic Republic (or its present version).

With these explanations I now return to the question that I opened this article with, “what can be done to help the democracy movement in Iran?”

In recent months that the nuclear programs of Iran have been once more at the center of global attention, the answer to this question requires more attention and accuracy.

The reality is that for the West the nuclear program of Iran has the first priority for this case has the most potential for political games and also should there be any threatening element in it, the West would lose more than others. On the other hand the nuclear case of Iran has the most potential for creating an international alliance against the Islamic Republic. So it is not surprising that any gestures made by Iranian officials that are remotely related to the nuclear case can capture all attentions. On the contrary, torture, imprisonment and abolition of the most basic rights of Iranian citizens will take a lot of time or has to reach its worst (for example stoning or execution) so that Western media and officials can make a move.

But is the nuclear case really a weakness for the Islamic Republic? Will focusing on this sore point domesticate the so-called “rogue state”? I believe the answer is negative. The nuclear case is not a weakness for the Islamic Republic through which it can be manipulated towards desired results. Rather, the international attention on this case instead of attention to the democracy movement of Iranian people has been exactly the wish of Iranian officials in the past decade and even more so particularly during the last year.

History has showed that the Islamic Republic and similar regimes are fatally weak on one point and that is “free and independent media”. The Islamic Republic does not worry at all about possible military plans against it but is in dire fear and has nightmares about the free circulation of information and the awareness of people about the current events.

The history of the Islamic Republic is full of fear of awareness, and a government that is afraid of “awareness” is weakest regarding the free media.

That is my consistent answer to those asking about how to help the democracy movement (or the Green Movement). Every step towards opening more paths for the free circulation of information will not only weaken the military government in Iran but also will help those people who constantly risk their lives in order to claim their basic rights.