Be fair to Iran and Iranians 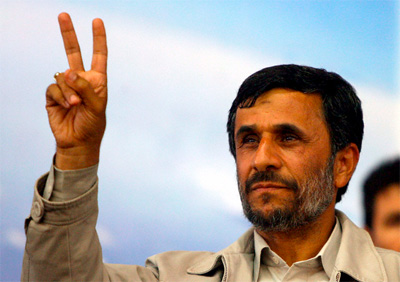 In 1970’s, when I had just come to the US during Shah’s time, American people were much friendlier towards Iranians. They sometimes confused us with Arabs and I had a hard time explaining to them that I had only seen camels in a zoo, but generally they liked Iranians. We reciprocated this feeling and assured everyone that Iranians actually LOVE Americans. They still do and even today if you travel to Iran, as a stranger, you will find them to be the most curious people who will greet you with a wide smile and open their doors and invite you to their homes. But in the US nowadays things are a little different due to so much propaganda against Iran. So I thought I should get these short facts out there at least to counter some of the negative propaganda, generally propagated by Israeli-influenced media:

Fist I should mention that once I was a revolutionary and fought to get rid of the Shah’s dictatorship. I’m also against the current religious regime which meddles in the civil society and restricts the people’s rights and freedoms, especially that of the women and youth. But unlike the widely held view I do not think that today’s Iran, at least on the government level, is a totalitarian dictatorship. They have elections every four years and a candidate can only be elected for two terms, just like in the US. The parliament or “Majles” is independent and has different parties and factions. The Judiciary is also independent of the government but under heavy influence of the clergy.

US and western regimes are opposed to Iran because Iran wants to be a power challenging their monopoly and not because it is a dictatorship. If they were against dictatorships they would not support the Shah for 30 years, whom the CIA and British intelligence service reinstalled to power in a coup in 1953. Even today US government supports all the dictatorships in the region such as Saudi Arabia, Egypt, Jordan, etc. And is allied with those countries where Al Qaida came from such as Afghanistan and Pakistan.

Although there is a lot of questions about the latest Iranian election in June of last year and the violence that followed, it also showed the bravery and non-conformist attitude of Iranians and gave birth to a strong and vibrant opposition, the green movement, that is still going strong and all it’s leaders are still free and continue to criticize the regime. The aim of this movement is to reform the system especially as it relates to the authority of the religious clerics and the Supreme leader. Even Ahmadinejad himself is somewhat opposed to the meddling by the clerics in his government and the judiciary and supports, although sheepishly, certain freedoms.

Iran, having been an emperor in the past several thousand years with the first and the largest civilization in the history, wants to be a power and not a puppet like many other countries in the region. Iranians are not against Jews. Indeed it was Cyrus the Great, king of Persia, who freed the Jews in Babylon more than 2,500 years ago. Despite the repatriation attempts by Israel, there are still many Jews who are proud to call themselves Iranians.

Iran is not a warmonger either as it has had no wars in the past 400 years with the exception of the war with Iraq in the 80s in which Saddam Hossein was encouraged and later supported by the US to invade Iran. During this war which took 8 years and inflicted many thousands of casualties and destruction on both sides, all the western powers, all Arabs, except Syria and even the old Soviet Union were supporting Iraq and gave money, arms and intelligence to Saddam Hossein in the hopes of defeating the newly-formed Iranian republic (in fact the only country that supported Iran in that war was Israel which gave some fighter jet tires and other spare parts to Iran under the Iran-Contra scandal which was a secret deal in which Reagan sold those parts for ten times their worth in order to divert the difference to support the counter revolutionaries against the Sandinista regime in Nicaragua).

But even all of them together could not defeat Iran. And a truce was forced in 1988 after Iran was on the march to conquer Baghdad and overthrow Saddam. It was then that Donald Rumsfeld traveled to Iraq and gave Saddam chemical and biological weapons of mass destruction (WMD) which he used both against the advancing Iranian troops and his own Kurdish population. That is why the Bush administration was so sure that Iraq had WMD that it would not believe even its own intelligence to the contrary, because Rumsfeld and Cheney knew that they GAVE Saddam those WMDs.

Having experienced the devastation of that war and being in the corner of a dangerous and volatile Middle East, with Israel, Pakistan and India armed with atom bombs, Iran now is determined to have nuclear technology. I think, as an absolute majority of Iranians do, that she has the right and should have that technology, including the nuclear weapons, as a defensive measure only. I know and believe that Iran would never use atomic bomb against anyone as a first strike.

Iranian regime is much less corrupt than its counterparts in the area. It has provided a lot of economic and educational services and developments to the countryside and the poor. In fact I was shocked when I learned that the government provides for four years of benefits to the unemployed, covering 80% of their salary including all their benefits. It also pays an average of $1000 per month to the retired and provides basic health care and even higher education support to all citizens, including in the villages.

Iran is a modern society and has the latest technologies, fashion and other western products. Its economy has been growing an average of more than 5% in recent years despite the economic and military sanctions against Iran by the US and its allies. Iranians, especially women are among the most educated people in the world today and even in that religious county there are 9 women deputies (down from previous 13) in the Majlis. It also has one of the youngest populations in the world.

I know that you will bring up the stoning. This is a horrific thing which should be and is universally condemned by everyone. It is instigated by extreme religious mullahs in the judiciary, but unlike in Afghanistan under Taliban is rarely used in Iran.

How about hostage crisis of 1979? That was also a huge mistake by some students who were angered by the US giving refuge to the Shah. They  invaded the American embassy holding 52 hostages for 444 days. This crisis was later used and manipulated by certain religious hierarchy to stop the Iranian revolution from advancing and instead diverted it against the “great satan”, America. Meanwhile they used this occasion and its aftermath to establish and solidify the dictatorship of the “supreme leader” and enshrine that in the new Iranian constitution despite much opposition to it. Of course Americans have had and still do have a difficult time forgetting and forgiving that inhuman act, even though all hostages were released unharmed on the day that Ronald Reagan was inaugurated as president in January 1981.

Although much has been said about Iran’s links to terrorism and even Al Qaida, in truth Iran itself is a target of Al-Qaida-like terrorists and there is no evidence that Iran or Iranians are at all involved in terrorism. When was the last time that you heard an Iranian suicide bomber anywhere? Iranians love life and only sacrifice it if they see their country being attacked as they did during Iran-Iraq war when hundreds of youth volunteered to walk over mine fields to defend Iran.

Iran now has a strong military with many locally made advanced weapons systems. An Israeli or even a US attack will not be taken lying down and will have major consequences throughout the world. Iran is much larger than Iraq or Afghanistan with a population of almost 75 million. Besides, Iran has had a long history of being a power and its people are very proud of their nationality and its contribution to world history, culture and civilization. Iran also has a very good relationship with its neighbors, Turkey, Pakistan, Azerbaijan, Turkmenistan, even Iraq and Afghanistan. By the way all the countries ending in “stan”, which means state, in Farsi were once parts of Iran. So, attacking Iran using those countries is very difficult, if not impossible.

Now, I think Americans, including myself, are getting tired of wars and invading other countries. They are thinking that our government should pay more attention to the domestic problems such as the economy and jobs. But unfortunately the media is so much under the influence of the supporters of Israel, itself one of the worst violent and anti human regimes in the world (as seen in its treatment of the Palestinians and its own Arab population, not to mention the atrocities it committed in two recent wars in Gaza and in Lebanon), that it has managed to change the mentality of the American people so much against Iran and Islam (although Iran is mostly Shiite which is a less radical sect of Islam that grew out of opposition to Caliphate of Sunnis).

However, the problem is not Islam. The problem is religion itself when it assumes political power. Can you imagine western governments being run by the Pope from the Vatican or the Christian right in the US? It would be even worse than in Iran. The good thing is that in 18th and 19th centuries the churches were reformed and were prevented from meddling in the state, thus separation of church and state. If same thing happened in Islam, which may take many decades, you will have the similar results.

Well, this “short” note is getting to be too long already. But I just wanted to say a few things that would counter-balance so much anti-Iranian propaganda in the hopes that the readers get a little fairness in their mind and do not rush to judge the Iranian people, even the government, as if they were less human or deserve less. They don’t!