And the Wedding Band Played on 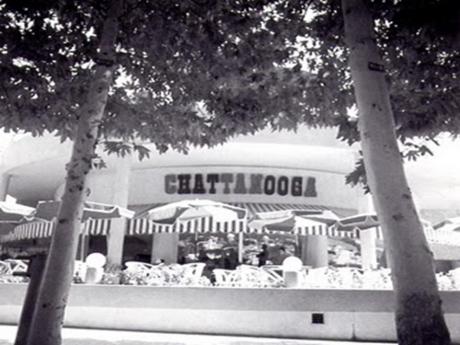 In our relatively large family of many aunts, uncles and cousins, my cousin Garsha was the favorite one. He was the oldest and the coolest of all my cousins. He drove a silver BMW 2002, the hip car of the single men of the 70’s. He always smelled great from his Paco Rabanne cologne. He wore Cecil Gee clothes and had the fashionable Jason King haircut, mustache and the sideburns. In other words, he was the ultimate eligible bachelor of the Iran of the 70’s!

I always looked up to him as he was the only relative that would allow me and my other young cousins to sit in his car and pretend that we were driving. There was only one rule though, “Don’t push the accelerator pedal. That would flood the engine with gas and the car would not start for a while!”

He used to take his girlfriends to the fancy clubs and restaurants of northern Tehran like Chattanooga, Sorrento and Key Club. For him, there were the girls that you date and the girl that you marry. And those were two mutually exclusive things!

His girlfriends were all beautiful with long shiny black hair and mini skirts. I met a couple of them when he stopped by our house to pick some fruit from the backyard. He never invited his girlfriends inside the house. They just waited in the car. One of them once pinched my cheeks and said, “What a cute boy you are!” And that made my day!

It was the biggest news in our family when my aunt called my mom and announced that Garsha was finally getting married. The bride-to-be was the only daughter of a senior military man. We were all so anxious to meet her. My aunt planned an elaborate wedding at Hotel Vanak with great food and a popular band. In the days leading to the wedding, all the women in the family were busy getting ready for the big day as if it was their own wedding; the fancy clothes, the diet, the haircut and everything else.

In Iran, the wedding party (Aroosi) is all about the women; the bride, the young girls who want to be brides some day and the older women who once were brides. They all see themselves as brides! The men just stand around and do as they are told!

The wedding party was an event. There were trays of fruits and sweets on the tables. I ate so much cherries and apricots that I got a stomach ache! I even stashed a couple of cucumbers in my pocket for the next day!

The bride looked magnificent. She was a few years younger than Garsha. She sat at the head table quietly and didn’t smile much. We all thought that she was just shy. The band played all the popular songs. The bride and groom danced a couple of times, and then sat at their table and watched the others. The wedding band played on and all the women danced. Around midnight, the band played Garsha’s favorite song, T’amo e T’amerò, as was played at Chattanooga on Fridays. The bride and groom slow-danced and then they left for their honeymoon at the Caspian Sea resort of Motel Ghoo. The band played on and the guests danced.

I had told my classmate Iraj about my cousin and the upcoming wedding. He was our expert and the resident scholar in anything that had to do with women, sex and marriage! He was the one that brought his dad’s Playboy magazines to the school and had told all of us back on the 7th grade about what happens on the wedding night, the virginity and all the other stuff.

“You see, when the groom does a good job on the wedding night, the bride’s face will be all happy and shiny and she will love him for the rest of his life!’ He proclaimed. So I was all anxious to observe the bride’s face when she was back from the honeymoon!

Garsha and his bride went to Motel Ghoo and had an awkward night. She was a lesbian and had no interest in men. She was forced to get married. She cried all night as she opened her heart to Garsha. Garsha was just mad and furious. He couldn’t believe that the wedding was all a sham. In the early morning hours, they gathered their stuff, put them in the car and headed back to Tehran. Garsha dropped her in front of her parents’ home and without saying a word drove away.

A couple of days later, I was sitting in the kitchen reading the weekly sports magazine when my mom got a call from my aunt. I was all ears!

“Oh my god … she is a lesbian…are you sure?… there is no cure for that…what if she has children…” my mom was asking Garsha’s mom.

Iraj had told me about women who liked other women, but I had never met one. I didn’t know what to think of this.

I hope that I can find Iraj one of these days. We have so much to talk about!