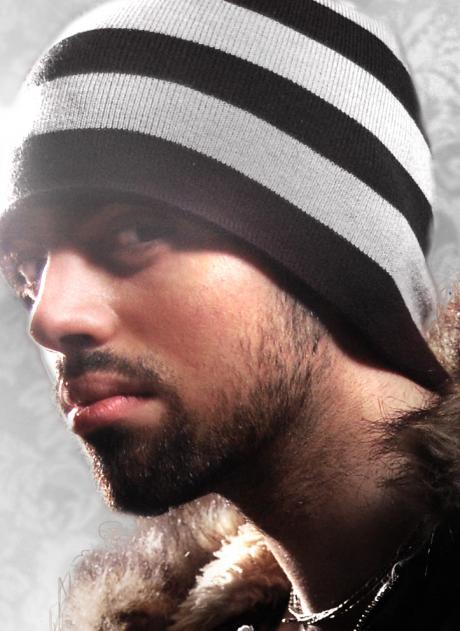 Rap music and style have been exploited in movies and TV shows approved by Ershad, Iran’s Ministry of Culture and Islamic Guidance, and these depictions distort and deviate from the spirit of real Iranian rap. I asked Fred, Shaya, and Adrenaline to express their opinions of this material. Farbod “Fred” Khoshtinat created the video for Hichkas’ “Ye Mosht Sarbaz” (Bunch of Soldiers) track [and has since won a 2010 Democracy Video Challenge award and also directed the “Dasa Bala” video for Arash] Shaya may be the only female rapper still trying to create and perform new songs inside Iran. Adrenaline is an underground rap promoter. They do not know each other, and they answered the following questions separately, without seeing each others’ answers.

JJ: How would you describe the “rap” in the trailer for this Iranian government-approved movie, Shame-e Aroosi (Wedding Dinner), which you can see here? http://www.youtube.com/watch?v=-SUyLfglpEw

FK: This is fast rhyming about moral things like weddings and stuff.

A: Honestly, I didn’t even watch it to the end. I can describe it in one word: “garbage”.

JJ: Are you surprised that Ershad allowed “rap” and “graffiti” to be shown in a movie in Iran, when Police there arrest real rappers and graffiti artists?

S: No, but we are sorry when we see these scenes in our movies. They show this just to give some fun to every person that bought a ticket.

FK: The thing that they are against are the lyrics that have been used in rap. And, by the way, you can never see such a thing in Iranian TV. This is Iranian cinema–whole different rules!

A: Sorry that I didn’t put it in a charming, polite way. I don’t care about the governments, because I have seen many crazy things from them that make “inviting Lil’ Wayne for a show in Iran national TV” like nothing. And you don’t need to worry about the POLICE! They can arrest you for ONLY WALKING IN THE STREETS! It’s up to them–they have the right to arrest anyone at anytime if they feel like it! So don’t worry about police arresting graffiti artists!

JJ: Do you think this movie helped or hurt rap in Iran?

FK: I don’t think it has any effect on rap in Iran. I don’t really consider that song a rap!

A: You don’t need to worry about third question either! Because there are only A FEW people–like 15, or maybe 20–in Iran who really know the real hip-hop! So Persian rap is already hurt! We need a miracle here.

JJ: Has rap been shown in any Iranian movies or on Iranian TV lately?

S: I saw some rap music in movies, but they portray rappers as sick people.

FK: No, there is no such a thing as rap in Iranian TV.

A: Sorry, because I don’t watch Iranian TV or movies–NEVER! And I mean it!

JJ: Fred, I heard there was an Iranian TV show called Shock that used HichKas songs. And this TV program was State propaganda–saying all rappers use drugs and are into devil worship. Did you see Shock? Is it true what I heard about that show?

FK: Yes, it’s all true about Shock. It also showed some parts of Hichkas’ “Bunch of Soldiers” music video.

JJ: I heard that rap music was considered “Western music” in Iran, and was therefore forbidden for most rappers to perform. No?

FK: My opinion is that their main concern is on the lyrics. We have legal rock and pop, but they have moral lyrics.

JJ: I think the lyrics to Hichkas’ “Bunch of Soldiers” do show a type of morality. He’s talking about loving God, friends and family–and being ready to defend his country against attack. He is saying he is street wise, but that he has made mistakes. He is not saying anything ****ual, and he is not criticizing the regime. What more could they ask for? Really!

FK: Hichkas is someone outside the system who is leading some people. This is some big political issue. Hichkas is influential, and the regime dislikes this.

JJ: How did you feel when you saw the “Bunch of Soldiers” video you made for Hichkas included in Shock?

FK: I was shocked and amazed. Iranian TV just showed five seconds of the video, where Hichkas is moving his hands fast–while a Shock narrator claimed that drugs made rappers and Satanists mad. It was propaganda to convince the society about arresting the rappers.

JJ: Did the inclusion of the “Bunch of Soldiers” video in Shock help or hurt your career?

FK: It hurt. That inclusion meant that they had their eyes on us–and they really did.

JJ: When did Shock first show on TV?

FK: I think it was summer before last–I’m not sure. But two months after that they started to arrest underground artists, again.