Is our countries toys of the great powers? 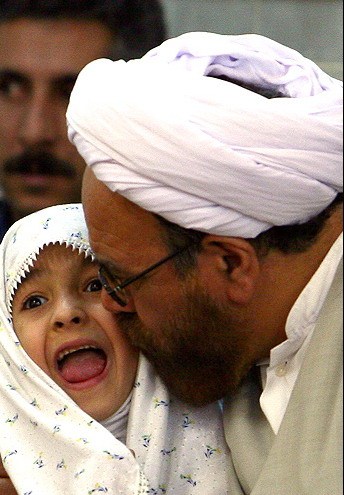 Is our countries toys of the great powers?

You know that the young communist of Afghanistan were working very good, they were idealist and really believe in the pure communist philosophy that the people should have the minimum of life and should get what they need. The people say those young communists who were in power were not after money and joys or fun, they wanted to work for the human being in our country and were idealist people and did not gathered money in the banks in their names and they had a very simple life. But American afraid from the word communist and did not have any sympathy about the words. Now they do not afraid from the communist any more, but at that time communist was a taboo for them. And they gave money and weapons to the simple people to fight with them and they did. They wanted to support the terrorists again the communist and wanted to have a green belt of Islam around the communists. They destroyed our country and the young communists. All people in Afghanistan say that those people were idealist and wanted to work for the people.

But American did not tolerate them and wanted them away. The result of this hate against Soviet Union, was the burning of our country. Now American pay every year over hundred billions of dollars to fight with Ben Laden forces or Taliban forces. Both of them were created by American and supported by them in the past. Now there is no communists any more, they fight with us and with Americans. A simple mistake costs us so much life and the world so much money and lives, too. American attacked Sadam Hussein in Iraq, they destroyed the whole army, police and other forces. They need just to change the head and keep the bodies of different forces. But they did another mistake. They could just change generals and some commanders and the rest of the forces were theirs. Now they should replace all the army and other forces with foreign soldiers, they do not know the cultures and their languages and they cannot be so effective as the local people. Now they understand that they make a mistake and are training the local people. Another mistake of American which costs a lot of money for the tax payers.

President Regan said in a TV that Mr. Carter make a mistake and supported the revolution of Iran and gave money and support to the Mr. Yazdi. Now we lost the Shah who was a good friend of us and have to pay a lot of money for the mistake of president Jimmy Cater. Millions of Iranian are in a hardship and the whole country is destroyed, because of the mistake performed by Mr. president. Even the queen of Iran said that at that time all radios were against the Shah and for the revolution. The people under such a huge advertisement get against the Shah. They make mistake and we should be suffered. The Orange County gave a permission and occupational license to us and we opened a boarding school. After we put all of our energy and money to the business the Orange County in Florida said they did a mistake and they cancelled the permission and the occupational license. They made a mistake as they said, but we lost the money that we put in the business. So ignorant are American, they made mistake and we should pay. All of their system is useless and their people are ignorant and indifferent or may be against the foreign? They destroy the people and nations and the academic people should flee their countries and come here and work as a physical workers. Doctors, engineers, professor of other countries are for American just physical workers. They could not think properly and they cannot respect their stamps and signatures. They issue a permit with stamps and signatures and collect a lot of money, later they say that they made a mistake and destroy people lives. And they do not care. They are so indifferent and cruel and just destroy people and countries. We are all victims of their wrong politics. They want attack to destroy the Iran and its atoms facilities, so they will make another confusion for the world. They bring disaster in the world, by their mistakes.

If they are clever they should use all these money to educate people, so they will not be attracted to terrorists. The lack of jobs, education, freedom guide these young people to the terrorists. May be they are also a toy of the huge business people who want to sell their weapons and drug and who want to destroy our countries to have a good markets for their goods? They want destroy our young, so they cannot be academics and will go to terrorists or drug dealer to have a job?

I hope one day, Americans will understand that with love and cooperation can save the majority of their own people also. If the Americans act properly, we will not have the situation like September Eleven any more. I hope with the wrong politics we will not go to the third world war?