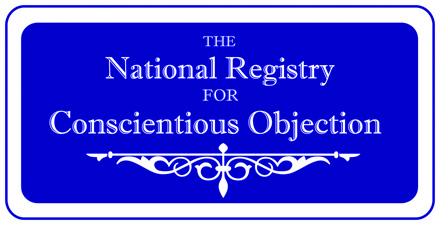 The father looked at the newspaper that day and it wasn’t a question of war, only a question of when and how and what he had to do for his son. He knew this sort of thing. A small country had invaded a smaller country. It was only news if the big country where he happened to be living planned to start a war. He looked at the flash of the pictures and the fire of the words. The boy had turned eighteen three months ago. I’ll have to start today, the father thought.

After work, he went to the library. It was a nice place to be in the evening. It did not look like there was going to be a war in there, but he could not allow himself to be fooled by libraries. If only everybody went to libraries as much as they went to war, he thought, what a world it could be.

The father went to the librarian. She was beautiful. She did not look like there would be a war either, but he already knew that the president of a country and a librarian there could be very far apart.

“Hello,” he said. “I am looking for information about conscientious objector status. It is for my son.”

The librarian looked at the father and she thought that it was a big world. It was a much bigger world than she knew. The man was from somewhere else himself but he had a son, and she had seen the newspaper that day herself and she did not know if there was going to be a war and if there was a war, if there would be a draft, but she did not like the thought of the man’s son going off to war at all. He looked too much like a father. Okay, she thought, we are going to save this boy.

She found a book in her files containing draft law. She walked with the father to the reference shelf and pulled it out.

“I’m sorry,” she said. “These books aren’t available for checkout. You can read it at a desk or you can make copies. We are open till eight.”

The librarian watched him reading. It was as natural as when she watched a young girl reading a romance novel or a boy reading about baseball. She remembered all her own hours spent reading in libraries as a girl. She had always wondered what the adults were reading back then. She had never guessed that it was something so important as the father and his research.

She wondered about the boy. He must be something. Of course every father loved his son, but not many fathers came to the library in the evening to figure out how to save their life. It was the way the father was not sad or gloomy about it. He was excited about it. He was excited to save this boy’s life and it must have to do with the things the boy was going to do and be.

The worst thing, she thought, would be if the father was from the small country himself, the one that had done the invading. If he was, and there was a war, then even if he saved his son, it wouldn’t be a clean triumph because there might still be people he lost over there. She suddenly wished that he was from somewhere – anywhere – else. It was too beautiful to be part of some larger sadness. It was too beautiful for her to find the strength to extricate it from a sadness like that as a clean and separate thing. She wanted it to come clean and separate as it was. If the father was researching how to save his son’s life and he was from there, it was not just a big world. It was too big.

Just before eight, the father went to the librarian and asked her for change to make a copy. The book was opened to a page listing churches and religious organizations.

“It seems he may have to join a church,” the father said.

The librarian made the change and gave it to him.

“Yes. If they are talking about Kuwait in terms of defending democracy, it means there is going to be a war.” The father straightened himself and spoke in a way that was even and serious.

“It is good of you to plan ahead,” the librarian said.

“I have only one son. America is a good country but they like war too much.”

The librarian thought of men in her family who thought it cowardly to speak of war that way. There was nothing cowardly in the father when he said it.

She wanted very much to ask him where he was from, but she was not ready to hear it if he were to say Iraq. She wanted something that was beautiful to stay beautiful. She wanted to be able to take it home with her as something beautiful from the day. She could keep it with her through the night and it would be there for her when she woke up in the morning. The father who saved his son from the war was meant to save his son from the war. That was all the story was supposed to be.

“I hope that there is not a war,” she said. “But if there is, I hope that your son will not have to go.”

“Thank you,” the father said. “He will not go. If I have to send him back home to our country, I will make sure he does not go.”

The librarian began to feel a kind of relief.

“Where are you from?” she said.

“We are from Iran,” the father said.

She couldn’t help it. She burst into a huge smile.

“Oh. Well. That’s all right,” she said. Before she could hold them back, the words came out like the flourish at the end of a story, like something had been settled. Only it wasn’t the end of the story, and the father stood there holding the book and he said, “I am trying to save my son. If there was a way to stop the whole thing, I would do it. If there was a book that explained that, I would check it out or make copies.” He smiled. He looked at her like she had a lot to learn about the world but he believed that she could do it.

Nobody had ever looked at her like that before, and she thought that if he had looked at the boy like that from the time he had become a father, she could understand why he was so worth saving.