The Air Marshal on My Flight 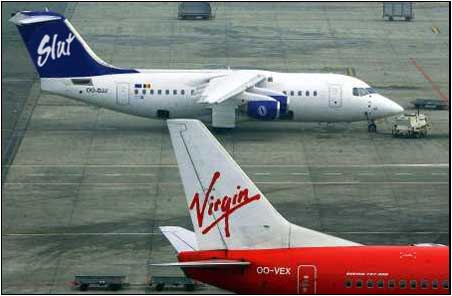 I picked up a new hobby after 9/11 and I have been doing it ever since. These days, whenever I travel internationally, while I wait at the terminal to board the plane, I look at the faces of the passengers and try to guess who the Air Marshal on my flight is!

It all started back in October 2002 when my good friend, Jean Pierre (JP) and I travelled to France to check out the culinary scene in Lyon. Let me tell you a little bit about him. JP is a few years older than I am. He is a French guy who was born in Algeria when France ran the place. His father had a official position there. When he was a kid, he and his family had to pack up and leave in a hurry because the Algerian Resistance was defeating the French. He later on moved to the US, got married and settled here.

As we were waiting to board our connecting flight from New York to Paris, I sensed that somebody was watching me.  You know that feeling when you are busy doing something and all of a sudden, from the corner of your eye you catch someone checking you out. I calmly looked at him. The guy was wearing shades. His head was not moving, but you could see that his eyes were moving and observing everyone’s movements. He wore a pair of jeans, a short sleeve shirt and a pair of Nikes. He seemed to be in very good shape and ready to chase anyone down the aisle! And, he did not have any carry on luggage either. He was the first guy that boarded the plane, even before the First Class and the frequent flyers.

“Hey JP, can you guess who the Air Marshal on our flight is?” I quietly asked JP who was busy reading a book. He looked around but couldn’t come up with anything. I quietly whispered to him, “Don’t look now, but near the boarding ramp, there is a tall, skinny guy in jeans. I think that he is the one!” JP was not convinced!

We got on board and settled in our seats; two isle seats across from each other. And there he was, three rows back, on an isle seat with the full view of us and the left side of the cabin.

A few minutes later, we saw an attractive Middle-Eastern looking woman walking down the isle and coming towards us.

“Check her out! I wonder where she is from! She might be from your neck of the woods!” JP said. She looked exotic with long black hair and big brown eyes. She definitely had Middle-Eastern genes, but she seemed friendly and at ease, as if she was raised in a more relaxed environment!

She was carrying a musical instrument box, the size of a violin. Her window seat was three rows back and right across from the Air Marshal. As she was struggling to put her stuff in the overhead bin, I quickly got up and helped her put the musical instrument away.

“What type of instrument do you play?” I asked.

The instrument was like a violin with a short bow.  She said that she was Brazilian of Syrian decent and was heading to Barcelona to perform in a musical festival. I was surprised how forthcoming she was with her personal information. Maybe she felt a connection, who knows.

The Air Marshal quietly sat there and took in our interaction. I had read about a lawless, tri-border region in South America in between Brazil, Paraguay and Argentina where Hezbollah was getting its funding from Lebanese and Syrian immigrants. The Buenos Aires terrorists came from that area also.

I went back to my seat. “Did you find out where she is from?” JP asked.

“She is from the Hezbollah region of Brazil! Now it all makes sense! Your American passport says that you were born in Algeria. Mine says that I was born in Iran. With her on the flight, we have the “Axis of Evil” at 35,000 feet! No wonder they put an Air Marshal on this flight!”

After the take off, the attendants served some good French wine. I asked one of them if I could buy a drink for the gentleman who sat on the isle seat, three rows back! She went back there and talked to him. He gave me a serious look and said, “No thanks!” I think that by now he had figured out that there were no terrorists on this flight. But I was not going to take the chance and walk towards the cockpit!

JP and I decided to have a little fun with the Air Marshal. JP knows a few phrases in Farsi that he uses all the time. Every time, we went to the lavatory in the back, as we passed by the Marshal, we said, “I am going to the bathroom sir!” and then we put our right hands across our chests, bow our heads slightly and without making an eye contact, say, “Chaakeram! Mokhlesam! Safaa to!”

He just ignored us completely!

When the flight landed in Paris and everyone got into the Immigration line, I saw him being escorted by a French policeman through a “Do Not Exit” door. He was definitely an Air Marshal!

On the flight back from France, I kept looking for the Air Marshal, but couldn’t spot any. I guess that the guy must have written a good report on us!

As new immigrants to this land, we have seen a lot and been through a lot, but by relying on our wisdom and character, as well as our family and our friends, we have been able to overcome many obstacles and grow stronger every day. The future is bright!

Here is a small cognac maker in the Cognac region of France and one of my favorites.