MOON IN THE MIRROR: The Life and Times of Qamar-ol-Moluk Vaziri 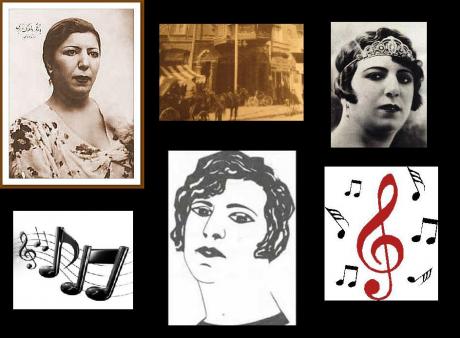 Ghamar-Ol-Molook Vaziri. The First Iranian Woman singer that dared to sing in public without veil, for the first time, 84 years ago. “Mah Dar Aeyneh” is the title of a new play on her life.

Ghamar-Ol-Molook Vaziri was the First Iranian Woman singer who dared to sing in public without a veil, for the first time, 84 years ago. She also Performed her first Concert in Grand Hotel in Tehran, 84 years ago. Married twice, and separated after a year or two. Died 49 years ago. Gave most of her money to the poor. She was very generous, and died penniless …

Play on Ghamar’s Life in LA:

Interview with Author and director of the play:

When Ghamar’s grandmother went to Karbalaa on pilgrimage of Emaam Hossein’s shrine; she stayed at the house of her cousin (the wife of Majd-os-Sanaaye’) where musical gatherings (Mahfel-e-Musighi) were held, and great masters of Persian music such as Darvish Khaan (very famous master of tar and setar), Rokn-ed-Din Khaan Mokhtaari (composer and master of violin), Haaji Khaan Eyn-od-Dole (very famous master of tonbak) and Shaah-zaadeh Hessaam-os-Saltane (multi-instrumentalist) were playing. Through this, she became more acquainted with Persian music and she was invited in a wedding ceremony where the great master of tar, Mortezaa Neydaavud was invited too.

When she sang in the wedding ceremonies privately, Ostaad Neydaavud played tar and asked her to sing again and she sang again and the Ostaad loved her voice and invited her to attend his class in order to learn the radif repertoire of Persian music. She went to his class and very soon she became one of the best singers of Iran. Their first concert was at the salon of the Grand Hotel about 1924. Then again their second concert was at the Palace Cinema located in the Laalezaar Street of Tehran.

So she became more famous and was acquainted with famous poets and writers of her time. Gradually she recorded many gramophone disks and performed many concerts with the tar of her master and colleague Ostaad Neydaavud and she became more and more famous. What money that Ghamar earned she shared among the poor people and when she passed away in August 5, 1959, she was poor.