Through out this whole time 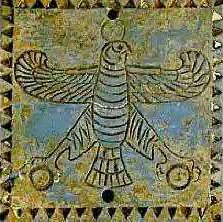 It’s been 30 years since this regime took power by force and since then there has always been a pretty good ammount of Iranians immigrating abroad, mainly to U.s, Europe, and Canada, most leaving for economic or political reasons, or for both reasons many times. Most of these people having nationalistic feelings towards their country and feeling the pain that their country is currently in, so why in all of this time, hasn’t an actual group/party been made? Sure, you got the people who lean towards the Monarchy, the green movement, and other small party like-groups on Iranian political channel’s abroad, but those are not actual groups you can be part of. You can’t really be a member of these movements, and i’m not counting the Mujahadin cause they have no chance in the eyes of the Iranian people to ever get into power. The monarchists/shahis, it/they are just a political stance to tell you how you should rule the country so there isn’t a strong feeling of brotherhood or drive to make them strong adversaries to counter this regime fully. The “Green movement” is a lost and confused movement, and seeing how the leaders of these movements are shameless islamists with blood on their hands, no matter how much some normal secular Iranian people try to take over this movement, most Iranians will not look at this green revolution nor give it a chance cause they only see them as another islamist group. Don’t get me wrong, the Iranian people hate this regime and this regime will eventually dissapear one way or another, but at what cost? How long will we have to wait? That’s the biggest question, and if we wait too long Iran will be in a horrible state when the shameless Islamists are done with it. We as Iranians can’t and should not let this happen. We need to take action ourselves now!

What I propose is that we start a Iranian/Persian party/group with membership availabe through-out the world for the Iranians outside of Iran and inside, with positive ideas that we take from our past government (the monarchs) and bring in fresh ideas aswell at the same time to fix the problems of our past government’s mistakes in certain matters. This group should be extremely nationalistic, aswell as in support of secularism and the kind of freedom that Iranians want, but not the kind of democracy like that of America’s where people burn their own flag, chant anti-American sentiments etc… we need Freedom limited to what our people want, what they can wear, practice faith, beliefs and so on.

There are atleast 100-200 thousand Iranians nationalistic enough who would be willing to join no mater the cost in the the Iranian diaspora in the west alone, the numbers may be much higher, so we should make a group/party out of this number of people to promote Iranian/Persian culture, values, class, customs, and to lead our people in the right path both economically, culturally, and politically. Further more, we need to bring this party/group into our communities, accept them and let them be a part of us, with our own community centers, gyms, websites, business centers etc…  from there we’ll export this group/party into Iran and watch it as it spreads like wild-fire. We need to make sure that most of our people understand the difference bewteen Modernization (technologically speaking) and Westernization/Americanization, cause what’s the point of a free and rich Iran if it’s values, culture and mentality has been replaced by that of America’s or that of the Arabs/sharia islam? We should have started a movement like this a long long time ago. It’s a necessity, cause extreme times like these require extreme acts.

For now, some of the names I recommend are parthian-shot, Iranian/Persian nationalist party, but these are just my personal choices for the name. I’m getting started on a website like this.

There are so many issues both socially, politically, whatever ways you could think of, that require such a political/cultural party.