Are religions bring happiness in the life of people or…? 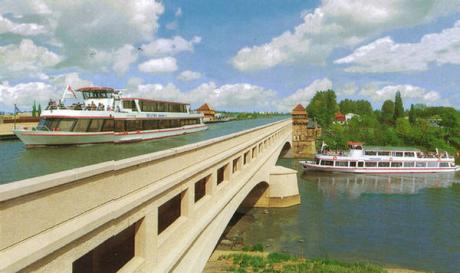 The religion baring happiness in the life of people or… As I look in the lives of my friends I see that most of them are the victims of religion and at least they lost their life and happiness in this world and in this life. They are robbed and destroyed by the people or the believers of different religions.  So I can ask myself if the religions coming from God, as they claimed can the possibilities, the power or potential to make the people better and lucky.  We see that those are devices in the hand some people to destroy other people lives and or make money power or name with using the religions names. The cheaters and bad people do use the religion as a way to robe and have huge benefits from the religions.  If we see the history we can see that religions brought a lot of problems in the lives of people.  Even most the prophets and the first flowers had difficult and terrible lives. Sorrowfully the religions are sometimes as device in the hands of bad people and charlatans who are using it to have more power or more money.

Religions are misused sometime for politics or business.  Even if we see the history we can see a lot of problems are caused by different religions in different times. In the opposite also some people get a lot of money respects and power by different religions. As we know many people are killed because they had other religions or they born in a family with different religion. Jan dark is burned by fire. So many people have been killed in the name of religion and they should experience a cruel death in the name of God or Alah. Even now in our time, if you born in a family with different religions as the religion majorities, in many countries you will be persecuted and should have a miserable life. But the fundamental flowers of a religion find these action normal and they encourage their people to die for what they believes, and they should not deny their believe and if they are killed, it is fine. They go to haven any how.  There is also a different sometimes between different religions. In Islam if you are in danger or you can get problems, you can deny your believe. But in other religions for example Bahai, you cannot deny your believe even if you are in dangerous situation and you may lose your life. So it is better not to deny and just be killed and that is good for the faith. With other word, you are not important and the faith is important. That is their philosophy.  In the twenty first century you can be robbed in the name of religion and you can lose your wealth, your house and your work, even your family.

But you do not get credit for all of them, if you deny or if you do not know much about that particular religion. They like or they persist to be killed and that is the way you can get credit for that religion. For example in some cases you should suicide with bombs around you, so you can go to paradise. The children are trained in this way, kill and be killed that is the way the God wanted.  The fundamental leaders are not willing to discuss about the religion, they just say we have right and the other people are wrong.  It is true that many people make a lot of money and power from the different religions and from the hate between different religions. They can sell their weapons, their drugs and their insurance and the victims are we who should suffer for their business or political power.  These greedy people may be do not believe even in God or His prophets; they  just misuse the simple minded people to robe them. Even in the time that we are children we should suffer the religion of our parents, and we do not know even the differences.  They system of the world divide us in different group for their benefits. They are against our love and unity. Until we die we should suffer for the name of different religion, even after the death the fundamental people destroy the graves of a religion they do not like and they are brain washed to be against them with knowing why?   In the name of religion some people are killed, even in the twenty one century and some people lose their jobs and their wealth or family and should be move from their country in the countries that they are also not beloved now because of their nationality or their origin birth place.

But the fundamentalists find all these action is fine and normal, we should fight and die for the religion, which is their massage.  They encourage the people to kill or be killed in the name of their religions.  Some people have all disasters for the religions and other have huge wealth and nice lives with a  lot of nice beautiful women around them because of religions.  The pop and the sheikhs of Arabian nights are living in a total wealth and the Jesus had no house and no room of his own?  Do you think it is just that some people lose everything for the religion and some other people get huge wealth and comfort again in the name of religion? They have all these rich nesses, because the followers of that religion believe them and give their money to them, to the heads or leader of different religions. Where Love and Unity that religion is should bring to all people? Or it is just for a group of smart people?   So some people lose money in Wednesday and some people find that money on Wednesday. So for some people Wednesday is a nice day and or for other people is a terrible day.  I hope one day Love and Unity and humanity will cover all these religions and the leader of different religion like Dalai Lama guide the people to the center of love and humanity which religion should bring for the people.

That religion is nice that their followers are the best and they help the society, fight for ignorance and teach science and humanity to the people. If we can be united and love each other we can solve more problems and give more happiness to the people in the world. More love and more comfort and more knowledge. I think that was what the prophets or philosopher wanted.  The Humanity is the goal and the religions should guide the people to be better people and loving persons. If there is no war and hate in the world we can use that huge money spent for war and hate, use for education, welfare and create jobs, hospitals, and schools for the people.com.