The city of lie in the time love dies. 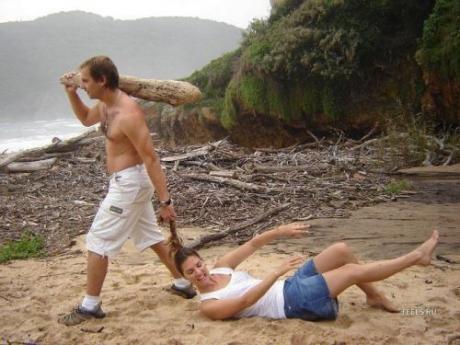 The city of lie and in the time love dies. Do you know where the city of lie located and which condition the city had? In this city every body say lie to each other and they cheated each other if they can. First they are nice and friendly and as soon as you trust them, they start to cheat you. The friendship is used for cheating and lying, thieves and immoral people have success in this city. If you trust somebody, you will be robbed totally and if you give part of your capital to somebody, he/she will take it. The sister does not have any mercy about the brother and brothers do not have any love for other brothers.  If you want to love and trust people, you will be destroyed so you should be very careful and very suspicious.  You have to be indifferent if you want to be not loser. If you help people, the other people think you are crazy or mad. Any help will be rewarded with hate and punishment. In this city all religion are used as a device to make money. If you want to rob somebody, you should try to find any connection with the minority religion and than announce him as a member of that religion, the system will destroy him any way, even if he is not member of that minatory religion.

In the city of lie, the professors are physical workers and the crazy mad people replace their positions and or they are members of cabinets. Scientifics people are guided to physical works and stupid people are running the city. You can imagine how the city can looks like. The leaders of the city are against the science and knowledge, because they afraid as soon as the people can think and decide properly they will be in dangerous situation. But as long as the people are not educated and believe in prejudice and superstitious and they listen to crazy people, and they are simple and naïve, they mange them like a cattle of ships.  The gap between poor and rich is very huge in the city of lie. A man with or without the certificate of elementary school will be a managing director or as the first class director, and the other man with MA or even PhD is a simple worker.  The greed and be super rich is the goal of the people who have power and are in leading position. They make a plan and guide the people under them, to take bribes and made money from the service they perform.  One part goes to the lower employees who get directly the bribe and the other parts will be divided in the high ranking directors, and they get soon billionaires. Nobody can critic them or nobody has encourage to say something against them.

He will be persecuted and or sent out of the country.  Criticism is against the law and the people who perform criticize will be killed or persecuted by the court of law.  Most of the employees with the government agencies want bribe and as I told you, they are connected with the top, so nobody can be against them. They are protected and are safe to robe people easily. If the employees will not take the bribe, they will move out of the work and their place will offer to a loyal people to the band of people who work together to robe the people. Even if he can stay in his position without little money that he earns legally, he cannot live and his family will send him out of the family and his wife will divorce him.  In the city of lie, the lie and cheating, to be selfish and egoistic, greedy and acts like a dictator are the measurement of the good attitude. If you are not like that, you will be an outsider. The students want to study, but the city does not let them to study, they should go after drug and to be a thief. The city does not open enough schools or colleges for the people to be educated.  They can be attracted by terrorists who can hire them, give them weapon to kill and brain wash them, if they kill they go to paradise with the always stay virgin hurries.  In the city of lie, the thieves and cheaters get the high position in the government so they destroy the city and people come to disaster. Or the people are also forced to do the same thing, robe and cheat. They want the people should be also cruel and corrupted, and be greedy and indifferent so the system can work perfectly in that case.

In the city of lie nobody should trust other people, if he does, he will be pointed as stupid.  The love and friendship is died in the city and the people are trained to be bad and drink alcohol or use drugs. The girls are trained to be against the boy and each religion should be against the other ones. They should not respect each other and be against each other. A lot of jokes are spread between people in the city that bring one group against the other group or one religion against the other one. Tolerance and respect is out of focus and the people are selfish and proud and do not respect each other. In the city, everything is upside down. The poor people are selected to be in the power to destroy their own people. The poor man who is now the head of state, instead of helping the other poor, he/she will destroy all of them. He/she does not care any more concerning his family or friends who are still poor and have no jobs.  In the city of lie they kill a lot of people who are born in other a family with other religion, which is different than the majority religion. After that; they killed millions of them, they employ scientists and historians to discuss how many millions of people are killed. Some of historian say they were seven millions and some they say they were five millions, to come to conclusion, they arrange huge conference and gathering to speak about the numbers of the people who are killed. Some of the scientist think the real numbers was ten million a round number.

They discus many days and at the end they say, they can kill another three or five million so they can come to a round number namely ten millions.  Sometimes the people who give the order to kill more people will be also killed by other people who were more stupid than them. Nobody is safe in the city of lie, even the huge leader. He/she can be killed in few days by other people. After that they arrange another conference and invite a lot of scientists and historian and this time they agree that the number was only two million, but with this conclusion the war will start between them again.   This culture is fixed in the city of lie. The pressure from above had degenerate the people below. The people can kill each other very easily. For example a girl who does not want to marry a boy will be blind by the crazy boy and the brother of the girl also blinds the other boy. If you have no money and cannot marry, and you love a girl and see her, you will be killed, but if you are rich you can have as many girl friends as you can.  Everything is free for the rich and verboten for the poor.   Some people have a lot of wives and some cannot have even one and they try to make misattribution, but that is verboten also and if the government knows that will punish the people who masturbate. Self sex is bad and the people should not do, but what can they do, they have no other choice, they can use the animals sometime for their sexual needs and they get some diseases.

If they can prove what they did is for the religion, they may be forgiven. The homosexual activities are verboten, but if it is for governmental purpose, it is fine.  In the city of lie you have to be liar and cruel or at least indifferent, if you are not you will be punished or killed.  The attorneys are very expensive in the city and if you want their help, they want a lot of money in front. They have a salary or income twenty times more than a normal person, so only the rich people have access to them and can have their service. The poor cannot hire them so they will be always the losers. So the thieves are free to do what ever they want, because the milled class people who robbed by them’ cannot hire attorney and cannot get they right.  Only the cheaters and the people who take a lot of bribes can hire them and have the joy to be protected by the court of law. The court of law is only for people who have money. May be the attorneys give some of the money to the judges and get the right.  In the city of lie the market of lie and to be dishonest and cruel is very good and there are a lot of companies who help the people to be trained in these activities. The service for the people and love is not legally verboten, but there are not supported by the court of law.  So do you know or guess where the city of lie is located?