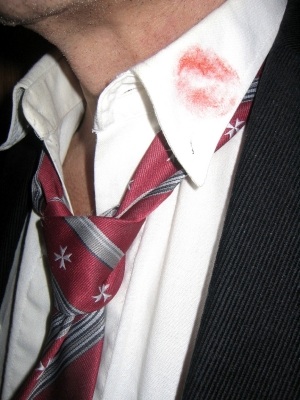 Well let’s go back to the time of the cave, when all was wonderfully and simply nature-oriented. When men would jump from cave to cave and impregnate the women who inhabited them. Caves are always warm and fuzzy with love, the man brings the food to the fire, the woman gives the grunting man a massage and rubs his feet, she cooks his meal, and eventually gives him the time of day. A new day brings new beginnings as the man then sets off to the next cave, finding food along the way; the hunkier ones hunt for meat and the ones who were raised with too many women in the cave end up gathering some fruity meal. At some point the man is too old to travel the lengths between the caves, so he takes residence in one and scares of the younger hunks who come to take their chance at the now menopausal female resident. So along the smooth course of ancient one night stands, where did we come up with this idea of monogamy at such young ages?

Wouldn’t it be just absolutely wonderful if the concept did not exist? If we weren’t so tied down by ideas such as infedelity, marriage, commitment, and prince charming!? I say screw this shit. It has messed us up to no extent. If we even attempt to commence a trend to stop these concepts from living on, like many celebrities are doing with underarm hair removal, we’d need to rid ourselves from them which is not something I have been able to do. Who can keep from being jealous when a significant other eyes the hell out of some slut walking along, preoccupied with a whole lot of hair tossing? Even if I take this chance to eye the hell out of a stud who’s preoccupied with bulging certain muscles from the corner of my eye, I am still filled with extreme jealousy, nay, insecurity. I don’t believe there is a difference. Checking phones, guessing passwords, sending anonymous emails…have all become relationship requirements. And they wonder why divorce rates are up. I hereby invite your opinion. Give it.