Why the world was so concerned about the people of Chile and not about our people? 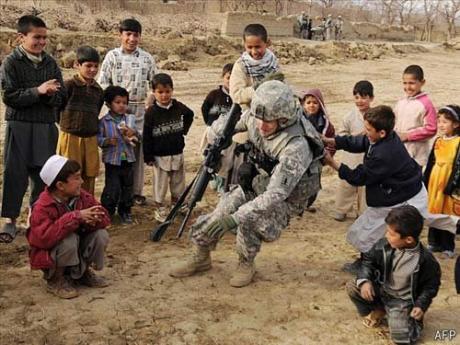 The miners of Chile were in a prison  700 meters under the earth and the whole world was concerned about them. Our children are closing their mouth and cannot eat or drink on the earth, and none of them are enough  concerned and those countries are not concerned about them. They, our children of Iran want just a normal life and minimum of life, they are not highjack who want millions of dollars, and why the world is so indifferent about them? Five millions Iranians are outside Iran now, each of them came out of Iran, because of  problems they had in Iran.  Some of them were Bahai, because their parents were Bahais. Many Bahais are killed in Iran, because they born in the Bahai family. They could not choose their parents and the religion of their parents, could they? Even I was born in a half Bahai family with a strict Moslem father, have been persecuted, because my mother was Bahai.   They wanted that I should write article against the Bahai religion, I denied and I have been persecuted.  Now about 43 Iranians are in critical condition in Greece the world does not care enough for them why? Is the blood of other nations redder than ours?  Even our brothers in Greece do not care about them? Why?  I know that the Middle Eastern people especially from middle class with a normal AQ have difficulties where ever they go. I experienced a lot of Iranian students in the Shah, time who had terrible life in Europe, because they did not have enough money and they were also not so smart and intelligent so that they could get any support from universities.

They had to work hard and pay more money for a room which the European students would not rent.  Some of them could not study and went back to Iran. But now the system is different, Iran government is less tolerate than in the Shah’s time. In that time if you were not involved directly with an anti Shah regime, the government did not bother you. But now even if your dead mother was Bahai or you have Bahai family, you will be persecuted and after this persecution, your Moslem friends and Bahai family will also robe you without any merci.  And this confusion and disunity is what the world politics want. We should not be united. Five million Iranian are out of the country of Iran. If we all were honest and friendly to each other we could change a lot of existing problems. But the system injects us with the direction of away of to be indifferent and selfish.  If all of us were united and did not try to cheat each other and were helping each other; we would have a much better life, all of us.

We should change our self and learn from so called free world to be united at least like them , the people of west, and copy their law and regulations.  See the Jews are united, the Korans are united….in the time that I was teacher in German school, I saw the Germans are united. But how about us, we?  As long as we think we do not need other people, we ignore them and forget their help.

Do you think with this attitude we can have a real democracy and a real freedom?  We criticize the Shah’ regime in the past. So how is now? The Iranian in the so called free countries are free and can do what ever they want, why they do not work together and why they are not united like the people of USA or Europe?  As long as we are not nice and friendly to each other and as long as we misuse the trust of each other, the world will also ignore us as they did until now, they want their own benefit and want destroy us for their own benefits. Example the war between Iran and Iraq. They want to have an excuse to destroy more our countries, and we should be clever enough not to give them this excuse , they needed.  They are after excuse, in the time they get this excuse, they will start to destroy us, and you know that is our children who will suffer.  Example, the children of Iran in Athena

Iran or Persian and Greece were old friends and we had contacts with each other for century and many years, we are also having Greece blood as Greece people have our blood, we are relatives and we are looking also similar.

My name is Sahameddin Ghiassi and the name of the boarding school is Iranian South American language and boarding school. I do not have enough students and enough partners for these big activities. I need young people to come here live here, work and study in my boarding school and…be useful and active. I am a college teacher and worked here in college and high schools as a teacher I can fax or email all documents you need. They will have here work and be useful for the country. My address is 19420 Lehman Road, Orlando, Florida 32825 USA and telephone is 001 4072819704 and email Sghiass_fhc@hotmail.com. My boarding school is open to all students and the Greece students can come and live or work and study here also. We are good old friends and relatives, help the people from our country to come here in USA and they want just work, study and a place to live and I have all these possibilities for them.