America and the World 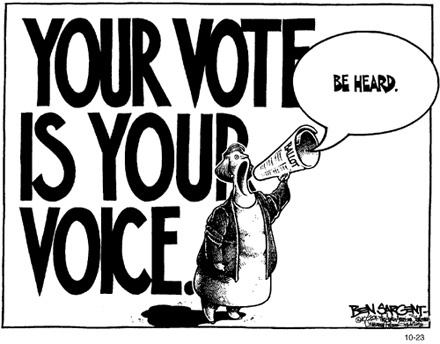 A novice observer of American politics might see no discernible meaning for foreign policy in the election since international relations have been shunned by nearly all candidates. The mood was encapsulated by the remark of one oddball politician, solon to be Rand Paul, that “I don’t do Afghanistan.” That is just the most extreme and blunt declaration in a campaign marked by cultivated ignorance and displays of raw emotion disconnected from reality. It’s a narcissistic playground. Ideas and real issues are as unwelcome as is adult supervision.

Yet, the phenomenon itself has foreign policy implications — as does the probable outcome wherein exultant Republicans hold at least one House of Congress and a timorous White House says and does as little as possible to avoid making them even more hostile than they are. The resulting paralysis of will in the Obama administration is dangerous. That is not because one particularly wants major new initiatives from a team that has shown itself almost as misguided as its reckless predecessor. Unfortunately, there are a few wars going on, with no resolution in sight, that are imposing immense financial, diplomatic and morale costs on the country. We also are courting another war just across the ‘Arabian Gulf,’ as official Washington now insists on calling it. Moreover, the already limited ability of our leaders to fashion a coherent strategy on other global issues is being further hampered by the repercussions of our parlous economic situation. The Geithner led campaign to organize a monetary coalition of the willing against China is driven by domestic concerns. Its chances of success are no greater than the campaign to de-Talibanize Afghanistan and neighboring Pakistan while its potential for negative spill over on other matters of concern is considerable.

So we shall be facing a number of formidable international problems with a barely functioning political system prone to temper tantrums, a governmental system of little credibility or competence, and a domestic crisis whose threat to national well-being far exceeds that emanating from those places overseas in which we have invested much more of ourselves than we could afford — with negative returns. To add yet another factor to the mix, Mr. Obama gives little evidence of realizing that he has not been doing a heckuva job (in policy or political terms) or that he is bracing himself for the brutal challenge ahead of him.

Here are a few practical implications of this state of affairs.

One, the relentless Worldwide War on Terror will continue unabated in all its dimensions. The hyping of terrorist plots against the homeland will intensify- if that is humanly possible. (Disclosure: I regularly order on the web Mokka coffee from Yemen).

Two, on Afghanistan, the White House will be obedient to the Gates/Petraeus line out of fear that accusations of being soft will cost Obama in the 2012 election. That means buying the developing narrative of ‘progress,’ justifying continued prosecution of the war, only symbolic withdrawals next July, and – most important – intensifying attacks across the Durand Line with or without Pakistan’s approval.

Three, on Iraq, the administration’s actions will remain keyed to the aim of making Baghdad a security partner of Washington in all of its Middle East projects – especially isolating and overturning the current regime in Tehran.

Four, on Iran, there will be a continuation of the sustained campaign to ratchet up the sanctions in the vain hope of forcing the Islamic Republic to comply with Western demands. The Congressional election results nail the lid on the idea of moves toward a genuine diplomatic engagement.

Five, on Palestine/Israel, more of the same

Six, on the European allies, more huffing and puffing about their shedding burdens punctuated by dark hints that we may not come to their rescue when the next Hitler or Stalin looms on the horizon.

Finally, China is the big one. For years we have followed a sensible strategy of striving to enmesh a burgeoning China in the network of institutions and practices that constitute the interdependent world economy. The hope has been that Beijing would have so great a stake in a stable world order as to counteract any disposition to throw its weight around. A complementary element was to stay military and diplomatically active in Asia so as to strengthen the resolve of other countries in the region not to be intimidated in its dealings with China. Implementing that strategy will take increasing finesse as China’s economic might grows, its appetite for resources increases commensurately, and its prideful expectation of deference from others (its historical attitude toward neighbors) becomes more insistent. Finesse has not been our forte; and we have never in the past faced as subtle and complex a challenge as that presented by China.

The odds against our developing it worsen to the degree that our China policy is driven by the perceived needs of our vulnerable economy — reinforced by a prickly nationalism that is the inevitable companion to an uneasy sense of lost prowess.. The exchange rate clash foreshadows frictions to come. Whatever truth there is to claims that the American economy suffers serious damage from Beijing’s linking the renminbi to the dollar, the harsh reality is that we have little leverage on these matters. Not only do China’s holdings of 1.5 trillion dollars represent a Damocletian monetary sword over our heads, but Beijing also interprets desperate measures by the Federal Reserve to invigorate the American economy by flooding our economy with liquidity as posing a threat to the Chinese economy. That is so because the open-ended commitment to QE (quantitative easing) means a vast outflow of this fresh capital onto Chinese and other markets where higher returns are expected. In effect, the US is accused of trying to force an upward revaluation of those countries’ exchange rates. Brazil, South Korea and others or as irritated by what they see as self centered American actions as is China. Hence, the Geithner strategy is not only destined to fail; it also alienates friends.

The upshot of the protracted American economic crisis is that we will be playing a weakened hand more aggressively. The consequences for our standing as the indispensable party, first among equals in managing a collective overhaul of global economic arrangements, is impaired. The side effects for a security strategy, with the idea of American global predominance at its core, also will be deleterious. How much so depends on our ability to reconcile our overheated, mindless domestic politics with constraining realities abroad as well as at home.