A Letter by Majid Dori from Exile: “The Behbahani People Have Broken My Solitude” 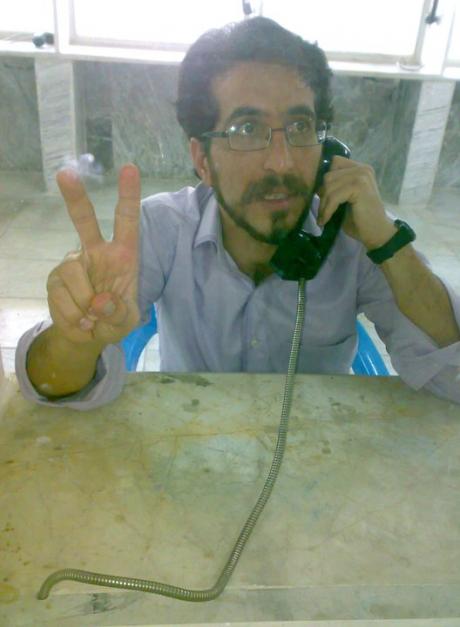 Majid Dori, the imprisoned *starred student banned from continuing his education, was recently exiled from Evin to Behbahan prison, a [location] that is one thousand kilometers away from the residence of his parents. Majid will now have to complete the remaining five years of his prison sentence in Behbahan. In his latest letter, however, Majid does not speak of the thousand kilometers distance between him and his parents. Instead, he informed them that he is not alone.

Majid told his family that he no longer feels alone; that he is amongst the warm and kindhearted Behbahani’s who are happy to meet a freedom-fighting student activist and have accepted him with open arms. Though Majid Dori has traveled kilometers, he cries out loud: “I am not a stranger here, I don’t feel as though I am in exile. I salute you from behind the thick walls of Behbahan prison and say: “I too am a Behbahani. The citizens of Behbahan have accepted me with open arms.”

According to Kaleme, the complete content of Majid Dori’s letter is as follows: