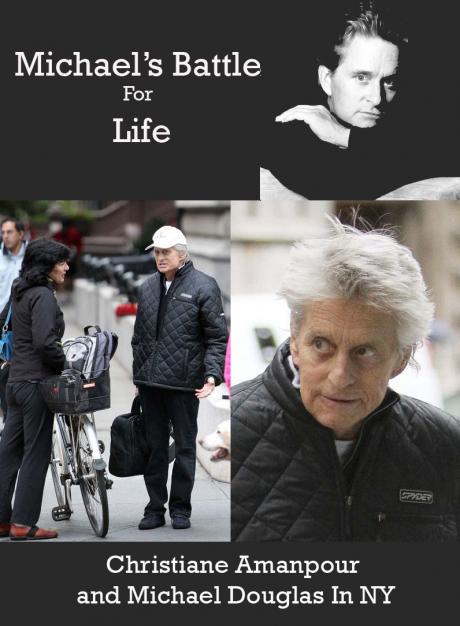 I was shocked to see these photos this morning on the cover of a French Magazine. It shows an extremely aged Michael Douglas who is currently undergoing chemotherapy for his Throat Cancer. He was seen with Iranian American Journalist and TV Anchor Christiane Amanpour while taking her daughter for a walk in New York. Wishing the Son of Spartacus ( Kirk Douglas) all the courage and strength to overcome his predicament and praying for his quick recovery. ( See More Photos Here )

FOR THE GOOD TIMES: A Tribute To Michael Douglas