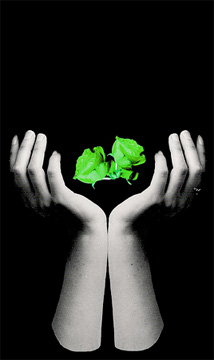 In an all-too familiar ritual, the United States and Iran are once more contemplating their diplomatic dance. The question that has perennially bedeviled Washington and its allies is how to compel the theocratic regime in Tehran to alter its objectionable practices. As a rational and pragmatic democracy, the United States perceives that economic pressure will compel Iran’s leaders to yield on strategic priorities in order to relieve financial distress. The Islamic Republic has its vulnerabilities; however, too narrow a focus on its economic deficiencies has obscured its manifest political weaknesses. An insistence on human rights and the empowerment of the Green Movement can pave the way for Iran’s transition to a more tolerant society and provide the West an indispensable lever for tempering the mullahs’ nuclear ambitions.

In one of Iran’s great paradoxes, a nation in clutches of clerical despotism has given birth to the most intellectually vibrant democratic movement in the contemporary Middle East. The Green Movement, which traverses all of Iran’s social classes, has reconceptualized the relationship between the public and the state, as well as religion and democracy. At its core, a movement that emphasizes the need for the public’s consent, respect for global opinion and relaxation of onerous cultural restrictions is a denial of the politics of intolerance practiced by Iran’s supreme leader, Ali Khamenei, and President Mahmoud Ahmadinejad.
ad_icon
click here

Despite repression, imprisonment and show trials, the Green Movement continues to thrive and is gradually pressing the society away from state control. The movement is better organized and commands a greater degree of popular support than comparable past political movements in Eastern Europe that – with the assistance of the West – eventually dislodged the intractable communist tyrannies from power. The scale of defections from the state and the disillusionment of many stalwarts of the revolution demonstrate how the Greens have succeeded in sapping the self-confidence and the legitimacy of the system.

As part of any negotiations with the West, the Islamic Republic should be asked to amend not just its nuclear infractions but also its human rights abuses. This entails releasing political prisoners, lifting the restrictions on civil society groups and allowing publication of banned newspapers. Unless Tehran accedes to such measures, it must continue to confront economic pressure and political isolation. Should the United States take such an unequivocal stand as part of its diplomatic outreach, it can further stimulate domestic dissent in Iran. In the meantime, an isolated, weakened regime faced with economic decline, political ferment and international ostracism maybe tempted to offer important concessions to escape its predicament. The path to disarmament and democracy lies in making common cause with the Green Movement and making Iran’s behavior toward its citizens a precondition to its reintegration in the community of nations.

As Washington assesses how to deal with Iran’s nuclear challenge, it must widen its canvass and consider its approach to the slow, simmering political change unfolding there. Given the alienation of the population and the fragmentation of the elite, the regime will not be able to manage a succession crisis. For all his faults, Khamenei is the glue that keeps the Islamic Republic together. Should the elderly supreme leader pass from the scene, the system is too divided and lacks a sufficient social base to easily choose another successor. In the process of consolidating his power and ensuring the fraudulent election of his protÃ©gÃ©, Khamenei has all but ensured that his republic will not survive him. All this suggests that a transactional relationship with Iran whereby carrots and sticks are traded for modest nuclear concessions is unwise.

History has shown that human rights do contribute to dramatic political transformations. The Helsinki Accord of 1975 invigorated the moribund opposition groups behind the Iron Curtain and ensured a smooth transition to a post-communist reality. More so than arms races and arms control treaties, those accords defied the skeptics and cynics by contributing to the collapse of the mighty Soviet empire. An emphasis on human rights today can not only buttress the viability of the Green Movement but also socialize an important segment of the security services, clerical estate and intelligentsia to the norms to which a state must adhere in order to become a member of global society. The successor generation of Iranian leaders would then be more sensitive to their obligations to citizens and the international community. By linking its diplomacy to human rights behavior, the United States could mitigate Iran’s nuclear ambitions and pave the way for a peaceful transition from clerical autocracy to a more responsible and humane government.

AUTHOR
Ray Takeyh is a senior fellow at the Council on Foreign Relations.