Re: Are Iranians racist? 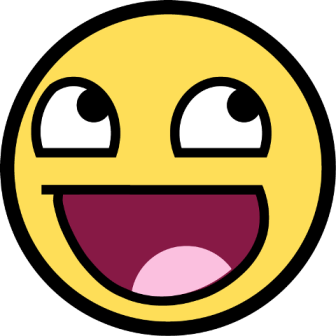 I’m gonna put down some comments which I believe answer that certian threads simple questions very clearly. First, Absolutely everyone is racist to a degree. If Whites like blacks, then they don’t like Hispanics, mid-easterners etc.. If Blacks like Hispanics, Asians, then they don’t like whites etc…. If the people of earth were one race, then we would judge fat, mentally ill retarded, or ugly people ETC….. It’s just the way it is. Hate is in our nature, and it will never go away, though you can control it, but it’s never going to go away, Just like how happiness, and anger will always be a part of our human emotions, hate will also always be there.

This behaviour is not only seen amongst Iranians, infact it’s seen much less amongst Iranians compared to other mid-easterners. Mid-easterners, Asians, Africans, Europeans, have this mentality, even Americans. Imagine what an American parent would say if their daugther wanted to marry an Iranian man, I’ve witnnesed such cases more than I can count.

Now, secondly, Let’s make something clear. Just cause you wish to get married to your own to perserve and pass on your own heritage, roots, identity, culture etc… Then that’s not racist what so ever, Only white American liberal douche-bags who wanna force their own mentality on others think this way, so i’m surprised that any Iranian would think in such a liberal American point of view.

Further more, most Iranians, arabs, Afghans, turks (Mid-easterners) Look down upon marrying outside their own in their communities, and for good reasons too, but if I had to choose, I would go with the race second closest to mine, which is white women. Btw, The only reason why you see alot of Iranian men marrying outside their own is because there are alot more Iranian Persian men abroad than women.

Further more, I dare you to go to any arab country and see if you’re not treated horrible and called an ajam (racist slur for ethnic Persians). Iranians dislike Arabs, not all of them, but some, for good reasons.

Arabs have always been hostile to Iran and considered/consider us as their historical enemies, and for religous (Shia/sunni sect) reasons also, especially the Persian gulf arab states and people. Not to mention that the Iran-iraq war that was fought less than 23 years ago, which led to hundreds of thousands of Iranian sons, brothers and fathers losing their lives to the pan-Arab (nazi based ideology) driven war that most of the Arab world participated in due to their anti-Persian hate and racism. Also, how about you read the book that Saddam, who is praised by the arab nationalists wrote about the Persians, and jews. The racist book of saddam: 3 things god should have not created, Jews, Persians, and flies.

So save me the bullcrap.

Lastly, If anyone is familiar with the term Persian, you would know that Persians are an ethnic group spread around the world with 3 different countries, Afghanistan, Iran and tajikestan, and can be found from Iran, to the Persian gulf states, Russia, all the way to China with it’s 2 million ethnic Persians, and does not only refer to Iranians alone, it’s an ethnicity with over 120 million ethnic Persians around the world,

Now, Kuwait is 40% ethnically Persian, bahrain 40%, UAE 10-20%, and most of these ethnic Persians have been living in those countries since the times of the Persian dynasties like the acheamenids, Sassanians, Parthians, saffavids etc… All these ethnic Persians are treated as second class citizens, their culture, language and identity is constantly suprressed by the Arab states. I’ve known alot of ethnic Persians from kuwait and they tell me how the arabs treat them as second class citizens and always use racist slurs against them like majoo or ajam.

Also if you’re gonna confront racism then don’t only point at one group of people, cause that will only raise more hate, retaliation and anger.