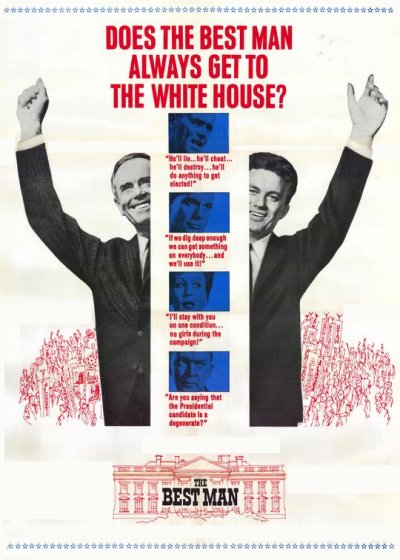 Henry Fonda and CliffRobertson square off as political adversaries during a presidential primary inthis sardonic, insightful drama that brings out the best, and worst, inAmerican politics. Based on a play and Screenplay by Gore Vidal and Directed by Franklin J. Schaffner Starring Henry Fonda and Cliff Robertson.

This is the well know incident between William Buckley ( American conservative author and commentator) and Gore Vidal (author, playwright, essayist, screenwriter, and political activist.) that occurred during ABC’s coverage of the 1968 Democratic convention in Chicago.

William Russell (Henry Fonda) and Joe Cantwell (Cliff Robertson) are the two leading candidates for the presidential nomination of an unspecified political party. Both have potentially fatal vulnerabilities. Russell is a principled intellectual (believed by many critics and fans to be based on