When Terrorists Become the Government 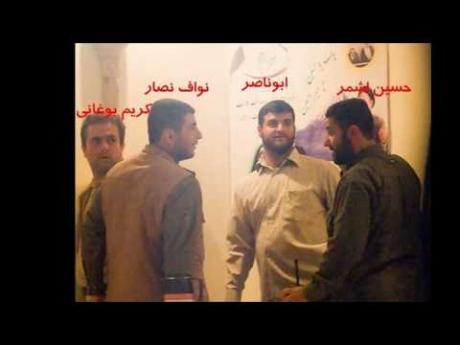 I was watching a documentary on Neo-Nazis in the U.S.on a cable channel the other day.  Ithought to myself what would happen if these idiots ever take power in the U.S.?  Not that it’s likely to happen, but I thought to myself, how will their “government” be? Then it occurred to me that we have already seen such a government.  It was called Nazi Germany.  A collection of genocidal, racist thugs took over that nation, and we all saw what they did to the world and to innocent civilians.

But then I couldn’t get pass the parallels between that thought and what has happened in Iran.  One can look at the Lebanese Hezbollah and ask what would happen if these thugs take over a country?  Well folks, that dreadful scenario has already taken place.  The country is Iran.  Just look at Pasdar and Basiji commanders and rank and file.  Look at  these thugs.  Don’t they remind you of theseguys?  That is not mentioning, ofcourse, that they share the exact same ideology.  Our country is being run by a collection ofterrorists.  The worst part is that thesepeople (IRI thugs) have no loyalty whatsoever to Iranand the Iranian people.  Their sole purpose is to implement their ideology, which is to follow what some statelessAyatollah says.  And that Ayatollah, is of course, following the head stateless terrorist, Roohollah Khomeini’s path.  You remember Khomeini, right?  The guy who declared, upon arriving back in Iran after thirty years that he had “no feelings” for his homeland.  And these are his protégé.  So, the question that we should ask ourselves is this: when it comes down to it, would a Hezbollahi pasdar or basiji fight for the greater Shia cause or for Iran?  I think that we all know the answer to this one.

photo: Lebanese Hezbollah agents in one of Mousavi’s campaign offices in Tehran after they raided and seized that office.