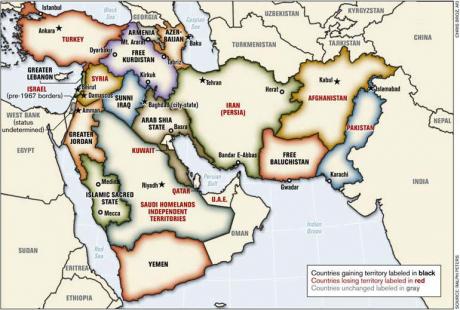 By now I am sure many interested Iranians have been going through the diplomatic cables and reading the Iran leaks.

One of the wikileaks cables reveals Israel’s current strategy on dealing with Iran. In what (now former) Mossad Cheif “Dagan” called the  “five-pillar strategy”concerning Iran’s nuclear program he “stressed that Iran is economically vulnerable, and pressed for more activity with Iran’s minority groups aimed at regime change.”. He went on to say that:

“.. more should be done to fomentregime change in Iran, possibly with the support of student democracy movements, and ethnic groups (e.g., Azeris, Kurds, Baluchs) opposed to the ruling regime.”

>>> 12. (S) Dagan clarified that the U.S., Israel and like-minded countries must push on all five pillars at the same time. Some are bearing fruit now; others would bear fruit in due time, especially if more attention were placed on them. Dagan urged more attention on regime change, asserting that more could be done to develop the identities of ethnic minorities in Iran. He said he was sure that Israel and the U.S. could “change the ruling regime in Iran, and its attitude towards backing terror regimes.” He added, “We could also get them to delay their nuclear project. Iran could become a normal state.”

Now where have I heard something like this before?  Was it not Jane Harman the AIPAC funded Iran hawk congresswoman who said something similar by advocating the ethnic division of Iran (later was forced to redact her statement due to pressure from the Iranian-American community)

Iran is for all Iranians regardless of what ethnicity they belong to. Israeli Mossad Cheif’s suggestion is both dangerous AND anti-Iranian no matter how you look at it. If Israel truly cares for Iranians and their long term relationship with Iran they must know that such blatant disregard for Iranian’s sense of identity is not going to go unnoticed.  Before it is too late Israel and anyone who is is implementing such foolish policies need to reconsider their position and apologize to the people of Iran. If the regime in Teheran is not on Iranians side, at least try to act like you are.

For Iranians who care about this issue, please take time to contact the Israeli embassy in Washington and let them know that you strongly oppose their policy of raising ethnic tensions in Iran.

Read the rest of the Dagan cable leak in this link.