EMPRESS OF THE ARTS: Shahbanou Farah at London’s Sothebys launch For Art & Patronage 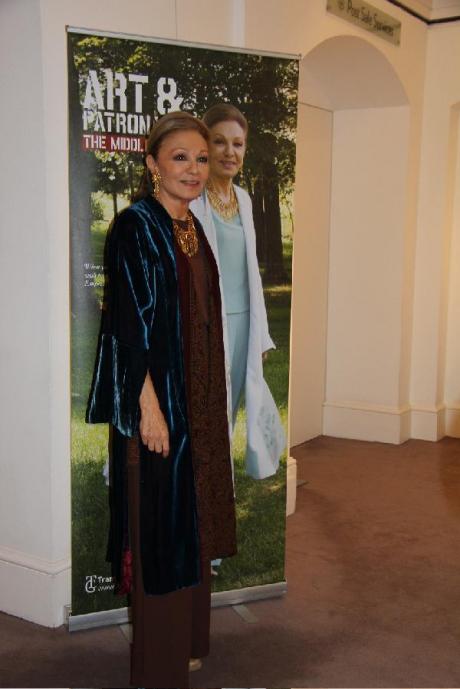 PRESS RELEASE by Cyrus Kadivar – London  On 22 November 2010 Her Majesty Farah Pahlavi,Shahbanou of Iran attended a book launch party at London’s Sothebys for ART& PATRONAGE: The Middle East in which she has been featured for hertireless contributions to promoting Iranian art and culture during her days inIran and for supporting similar causes in exile. Her role as an icon ofartistic expression has remained intact.The editor of this magnificent work,Hossein Amirsadeghi paid tribute to the Empress as his special guest and allother patrons of art in the Middle East.  Contributors to the book include a host of Iranian, Arab and Turkishpatrons and artists with essays from Maryam Homayoun Eisler, Layla Diba,Anthony Downey, Hans Ulrich Obrist. The message of the book “tobroaden knowledge and debate within the world of Middle Eastern art andpatronage” with the aim of bringing “change through culturaltransformation and greater engagement with art.”