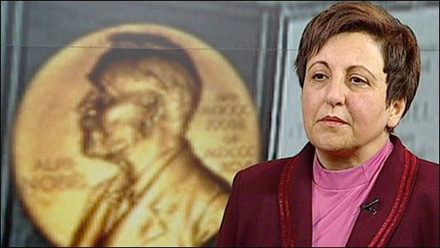 Sarajun.com: The history of the Nobel Prizes shows how less the share of women has been compared to their male competitors. Excluding the number of times that the Noble Peace Prizes haven not been awarded mostly due to World War I and II, women have been honored 41 times since 1901. This is a little more than five percent of the total number of the Nobel Prizes awarded in a century.

There are examples to indicate how the Nobel Peace Prize candidates were chosen in relevance to the existing Political era. like Mikhail Gorbachev, the last leader of the Soviet Union, was awarded the Noble Peace Prize during the Cold War in recognition of his efforts in favor of nuclear disarmament and a year before the Soviet Union collapsed. In 1994 Yasser Arafat, the Palestinian leader, together with Shimon Peres, and Yitzhak Rabin for the peace talk during President Clinton presidency. President Barack Obama was also awarded last year during the war in Iraq and Afghanistan “for his extraordinary efforts to strengthen international diplomacy and cooperation between people”.

Whether it is a political decision or has a gender-discrimination dimension, it is almost impossible to ignore the impact of Nobel Prize on Women Nobel Laureates’ status quo locally and globally especially when chosen from dictatorial countries.

Shirin Ebadi, the Iranian Lawyer and a former judge and Aung San Suu Kyi, the Burmese opposition politician have been honored the Nobel Peace Prize in recognition for their efforts to defend human rights and democracy. In a country like Iran where women are not allowed to become judges and the value of woman’s life and their testimonies are half of a man, honoring Ebadi was groundbreaking and brought tens of women to the streets to welcoming the Nobel Peace Laureate. Instead, the Iranian government officials became angry over Ebadi who wore no hijab while accepting the prize in the ceremony. Even, Mohammad Khatami, the former reformist president of Iran, responded four days after the award was made that “The Nobel Peace Prize is not very important, the ones that count are the scientific and literary prizes”.

Nevertheless, Ms. Ebadi’s award brought enthusiasm and courage to the Iranian women’s activists groups to pursue their goals. More importantly, the Prize has given Ms. Ebadi an international support to speak out clearly and strongly about the violations of human rights in Iran and around the world.

She has opposed the US military attack and the international economic sanctions on Iran as in her opinion it would harm the Iranian people and not the government. The Iranian Nobel Peace Prize Laureate has also taken a strong stand against the Iranian disputed election.

Suu Kyi’s Nobel Peace Prize has also drawn the international attention to the human rights violations and the oppressiveness of the military regime in Burma. The leader of the National League for Democracy who was released after more than seven years of house arrest on November 13th, has demanded the release of the political prisoners in a meeting with the chief of staff for U.N. Secretary-General Ban Ki-moon.

In 2010 no woman was awarded the Nobel Peace Prize, but in the global village era, whether the Prizes have been unfairly distributed amongst women or not, the impact of the Prizes on women of the world has been fairly effective.