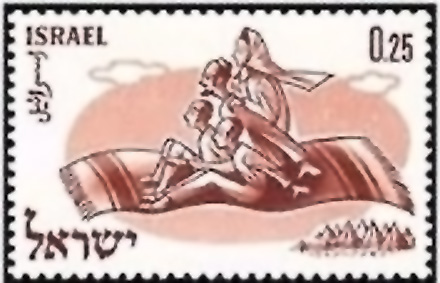 Consul General Jacob Dayan is the senior representative of the State of Israel in Southwestern United States. He runs a busy consulate and I certainly hadn’t expected to meet the top man when I contacted his office with questions about who was paying for my journalism trip to Israel. Yet, the charismatic diplomat whose youthfulness contrasts pleasantly with the responsibility of his office, graciously offered his time to answer some questions. Along the way, I also asked if Israel had anything to do with the recent killing of two Iranian nuclear scientists.

I won’t keep you in suspense, Mr. Dayan referred to Hillary Clinton’s repeated cautions: “The United States is determined to prevent Iran from acquiring nuclear weapons.”  He also cited the motto, “a nuclear Iran is not an option.”  The current Iranian regime armed with nukes would affect the US leadership role, straining important agreements with the Arab nations. The shift in the balance of military power right on top of the world’s source of energy is an issue of utmost global seriousness. “It is not an Israeli issue; it’s an American issue, it’s a world issue!” Dayan insisted. The diplomat’s firm responses directed me to re-frame the assassination question in my mind: did a collective international concern converge to a consensus to take action?  Perhaps Israel played a part, I thought, but it is unlikely that she was acting in isolation from the US and other nations who wish to slow Iran’s nuclear progress. This strong impression is as close to an answer as you can get from a diplomat on such subjects. And Mr. Dayan did not mince words when I used the phrase, “the perception of a nuclear weapons program.”  He was adamant that Iran’s intention to acquire nuclear weapons is not a mere perception but a matter of reality. He cited suspicious activities by the IRI, which I took not so much as airtight proof but as an emphasis that in the context of the Islamic Republic’s intensely hostile rhetoric, Israelis can’t indulge the luxury of a doubt. Israel has made up its mind that Iran is going for nukes, and she is proceeding accordingly.  Seriously!

Yet, despite being convinced that the IRI is the greatest threat to the world right now, Mr. Dayan says that Israel has no intrinsic conflict with the Iranian people. After all, only three decades ago the countries were friends going back 25 centuries. He is also upbeat about Iran because he thinks that of all the Islamic countries in the region Iran has the highest potential for a democracy. He attributes this to Iran having a real middle class, without which a democracy cannot grow. Sadly, Mr. Dayan observes, the IRI is eroding Iran’s middle class, and therefore the nation’s chances for a democracy.

I asked the Consul General if Israelis watched Iran’s last elections with interest, and whether they were hoping Ahmadinejad would lose. He didn’t take sides with any candidate, but what impressed him most during the Iran election was seeing the desire for freedom in the Iranian people–a people, however, that in Mr. Dayan’s opinion do not have an accurate picture of Israel.

For me, the Israel-Palestine dilemma is a moral balancing act between the right of Jews to live in their own land free of persecution by a non-Jewish potential majority, and the right of Palestinians to continue living on the property of their ancestors. For others, history should decide the matter–some Israelis citing various independent Jewish kingdoms and states that have appeared on and off throughout history. With Chanukah just behind us, Mr. Dayan mentioned Israel’s 2nd century BCE Hasmonean dynasty that ruled for a hundred years or so after the Jewish rebellion that the Chanukah celebration marks to this day.  For others I have spoken to in the past, the issue goes beyond the ethical and historical. To them it is a matter of worshipping God, and each side would fanatically push the fight to Armageddon. This is the primary reason nuclear weapons and the Middle East don’t mix. There was not enough time to get into a discussion about a nuke free Middle East with Mr. Dayan, but there will be plenty of time to discuss the matter with native Israelis during my trip to that country. Mr. Dayan says I should feel free to approach anyone on the street or in the shops and cafeterias to talk about any issue whatsoever. Though he cautions that if there are three Jews, I may find four opinions. His way of saying his country is a democracy where Israelis don’t fear expressing their views.

Which brings us back to why journalists, artists, politicians, business people, community activists, etc. from all over the world get invited to go to Israel. Mr. Dayan says many guests are transformed by the experience of this journey. I’ll stay open to that; one revealing experience I have had already is the story of how the trip came about. Iranian-American Jewish businessmen, George Haroonian and Bijan Khalili had an idea that some of their non-Jewish compatriots should learn more about Israel.  Mr. Haroonian’s ancestors go back four generations in the Kashan carpet weaving and export business–as in during the Ghajars–and Mr Khalili is a well known publisher of Iran related books. They knew that Israeli consulates sometimes offer assistance in organizing and funding such excursions, so he approached Mr. Dayan’s office. As a result of this initiative by two members of the Jewish Iranian community, a cooperative machinery kicked into action to accommodate the brainchild of these two community activists. The visit may even include seeing President Shimon Peres of Israel who has tentatively made time to meet with the small Iranian group Mr. Haroonian is hosting. What is noteworthy here is how members of the Jewish community have ready access to their country’s communal resources, including political and high ceremonial institutions. In our Iranian mythology, access to the powerful is a sign of a just rule; today it is a key indicator of democracy.

My primary interest in this trip will be to find out how our Iranian Jews have fared in Israel culturally. Do Iranian-Israelis compare favorably to Iranian-Americans in keeping our traditional art, music and literature alive and growing. How many have achieved worldwide scientific distinctions? But I will also be asking how it is that Israeli journalists do not go to jail for asking, “Is this any way to treat the Palestinians?” or how it is that an Israeli political protester, unlike his Iranian counterpart, is not tortured or raped in prison even though the country feels under constant threat. The Palestinian conundrum notwithstanding, how do the Israeli Jews maintain a democracy among themselves inside a turbulence of discordant opinions, lifestyles, and values?

Since this is an internet forum, feel free to ask your own questions that may lead to constructive answers towards an Iranian democracy. I’ll see what I can learn and share. For Israel critics who suspect America’s generous military aid to Israel indirectly reimburses the cost of such trips, the incentive to ask useful questions and engage in constructive discussion has an extra component: this could be your tax money, use it well >>> Part 2