An Iranian hero, survivor, and his tale of freedom 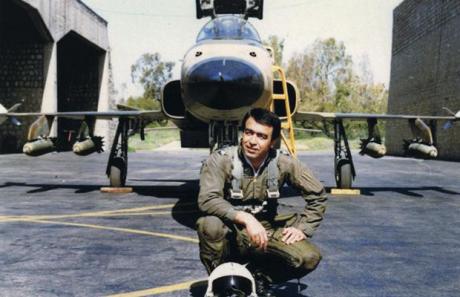 Captain Yadollah Sharifi Rad is one of the most accomplished F5 pilots in the world. At the beginning of the Iran Iraq war, he was an accomplished squadron leader in the Iranian air force. He went on to shoot down several Iraqi aircraft and fly 40 missions into Iraq before getting shot down over Iraq. He made it back to Iran after a month with the help of Kurdish rebels, becoming a national hero. What was his reward? The islamic republic arrested and tortured him, falsely accusing him of being a spy. He endured many hardships during his imprisonment, including mock execution. He ultimately escaped Iran unwillingly, and joined with his family to settle in Canada, where he lives today.

The day he was to be executed, he decided to write a book that tells his story if he made it out alive. Here is his book that came out this year- “The Flight of the Patriot”. And here is his breathtaking interview with VOA Persian Service:

Captain Sharifrad emphasizes that while this is his story, this is also the story of thousands like him who do not have the chance to tell theirs. I hope you will join me in honoring this man’s service to his country, and his story of freedom.