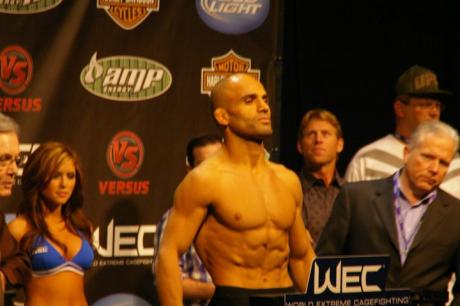 Kamal Shalorus, Prince of Persia, is an Iranian Mixed Martial Artist from Iran. He currently lives in TX, where he trains and teaches MMA. He use to fight for WEC but, now he fights for UFC. His next fight is scheduled for March of 2011 where he will face Jim Miller. The man has no idea how old he is because when he was younger, his mother gave him his deceased brother’s birth certificate. He goes by what is on the certificate (age 37/38) but his age is estimated to be late 20s/early 30s. Kamal has been dubbed the greatest wrestler in the MMA. With phenonemal striking and fantastic Jiu Jitsu, at 155 pounds, Kamal “Prince of Persia” Shalorus is a force to be reckoned with.