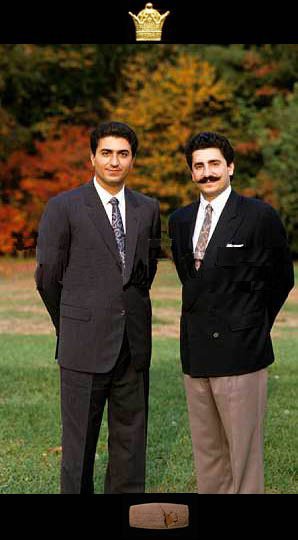 The oldest son of the former shah of Iran spoke of the “tragicconsequences” of depression Wednesday as he reacted to the suicide of hisyounger brother, who was found dead of a self-inflicted gunshot wound at hisBoston home. (Jan. 5)

Crown Prince Reza Pahlavi said his brother, Prince Ali Reza Pahlavi, left asuicide note but would not discuss its contents during a press conferenceyesterday at the Fairmont Copley Plaza. (Bill Brett for The Boston Globe)

Prince Ali Reza Pahlavi, the 44-year-old son of the former shah of Iran whoapparently took his own life inside his South End home Tuesday, suffered fromdepression brought on in part by the tumultuous events of the IranianRevolution, his brother said yesterday

Crown Prince Reza Pahlavi, 50, said during a press conference at theFairmont Copley Plaza hotel that his brother was only 12 when his family wasousted from power in 1979.

“I can imagine for such a young kid that it would be so much harder’’ todeal with the upheaval, Pahlavi said. He added that for years his brother hadundergone emotional highs and lows while suffering from the disease.

“It’s definitely not an easy road,’’ he said.

Their father, Shah Mohammed Pahlavi, was a close American ally who was overthrownin a fundamentalist Islamic revolution that remains in power today. The exiledshah died of cancer in Egypt in 1980.

Reading from a prepared statement yesterday, the crown prince choked upwhen discussing his brother, who shot himself early Tuesday, according torelatives and law enforcement officials.

“We mourn today, the succumbing of our beloved Ali Reza to the weight,pain, and daily burdens of this grave illness,’’ he said.

He said his brother left a note, but he did not discuss its contents. Headded that he last spoke to his brother less than two weeks ago and that he hadnever attempted suicide before.

He said arrangements for a memorial service in Washington, D.C., are beingfinalized. He said that his brother will be cremated and that his remains willbe released into the Caspian Sea, according to his final wishes.

Though Reza Pahlavi has been active in the Iranian opposition movement, hisyounger brother largely steered clear of politics, according to Abbas Milani,the director of Iranian studies at Stanford University, who recently published “TheShah,’’ a book about the former ruler’s life.

Ali Reza’s “proclivity was much more toward history and scholarship than topolitics,’’ Milani said, adding that his main academic interests were ancientPersian history and Persian classical music.

Milani, a former law professor at the University of Tehran who left thecountry in 1986 after being barred from publishing because of his criticism ofthe authorities, said Reza Pahlavi has supporters and detractors in theopposition movement. Milani said he could not speculate on how ordinaryIranians presently view the royal family.

Asked whether Pahlavi might one day return to Iran, Milani said: “I hope hecan, and I hope I can. But it’s hard to predict politics and even harder topredict politics in Iran.’’

Pahlavi also lost a sister to an accidental prescription drug overdose in aLondon hotel in 2001, according to Agence France-Presse. But yesterday, Milanisaid that the sister’s death was also a suicide and that foreign intelligenceagencies noted during the shah’s tenure that he also suffered from depression.

“One [intelligence] report described him as almost Hamlet-like,’’ he said.

According to a message posted on Pahlavi’s website Tuesday, Ali Rezareceived a bachelor’s degree from Princeton University in 1984 and a master’sfrom Columbia University in 1992. He later attended Harvard University topursue a doctorate in ancient Iranian studies, his family said.

It was not immediately clear yesterday what he had been doing recently.