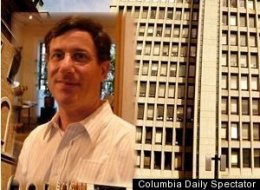 I don’t regularly pay attention to the Huffington Post any more than I pay attention to any other brainwashing political web site.But for the last month I have had some of the best comical relief.I am just amazed at the level of the left’s mentality in America.The hypocrisy of David Epstein is immeasurable but the comments from the regular Huffer’s are a testament to their puppetry.I once feared the left would drive America into the ground and well,they have had a good attempt at doing so.But It’s not the first time in History the US has gone back and forth from left to right and on and on.The left always exposes their immorality and indignified way of justification.In time,they fight themselves and lose.They’ve been too busy apologizing for terrorist’s and attacking the right they forgot to police themselves.

Meanwhile this Perverted Professor who was on TV and the Huffington Post’s phony Degree become more and more apparent as his economic policy teaching prove’s ignorance has no boundary.Neither Shame.More Apparent is the apologist’s at the Huffington Post attempting to weave their way around incest,adultery and most likely child molestation.It’s been my entertainment to go read page after page of whacko explanation from commentor’s who have proven themselves too vile for even my Standard Flush toilet.The praise this hypocrital pervert has received and attention is sickening but what do I expect from a Nazi Web Site such as the Huffington Post? Even with the differences I have with folks here I have much more respect this site,Iranian.com than I ever will have for the Huffington Post but hey,that isn’t much of a compliment.

So I can’t help imagine the blunt reality going on in this guys mind.A good day must go something like this:Go to School,toss a good amount of Hate to the students,on Free time think up my new Hate Blog.Lunch : Call the Daughter and ask her how good ‘Daddy’ was last night.Email the wife and set up the sloppy seconds.After School-keep behind the good looking ‘lacking’ student who needs a bit more ‘attention’.This is the kind of guy who would go sniff his Mothers dirty panties as a boy.This is a kind of guy you show a photo of a mailbox and he imagine’s sticking his you know what in it.He’s probably a rapist as well.

It’s a good analogy to believe when he saw Sarah Palin his idea of politics became a good long grudge match in the sack.I know Rush Limbaugh was on some serious drugs but You can get off drugs as well but can a sexual pervert this deep be cured so easy?If it were so I’m sure all those Catholic Churches would be curing those molesting Priest’s.It’s beyond Religion (At least Christianity doesn’t teach it) it’s beyond Politics,it’s a Disease of sexual dysfunction and the guy is sick…