I support IRI and I Love Israel 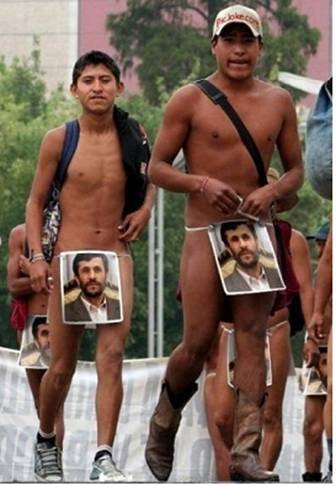 A while back I wrote a little blog asking a question from all IRI supporters, thugs and cyber dogs. http://iranian.com/main/blog/prince/faati-you-got-some-esplainin-do

No reply came my way! A couple of them barked a little but nothing substantial to even come close to satisfy my eager curiosity.  So I started looking around to see how they behave in an IC environment. I conducted my research by watching their posts, reading their blogs and studying their replies to others’ posts. You know? watching them closely, sort of like those filmmakers on the National Geographic Channel who study and photograph insects and maggots and snakes and hyenas. Perhaps this way I can get some answers, I thought.  After a while, I realized that although I did not get the answer to my own question but instead, I might have stumbled upon an interesting behavioral pattern. It seemed that this group of parasites, demonstrate a perverted affection like behavior towards the state of Israel!

What they’re really saying is: “O’ Israel without you we are nothing! With what weapon, O’ Israel, can we face all these questions and accusations? Logic?! Hell No! In your absence o’ beloved, how can we divert people’s attention from the real issue and blame every unrelated matter on you? Without you, how could we have taken all the oil money from Iran and rebuilt Lebanon with it? If it wasn’t for you O’ Israel, that blind fuck… sorry… make that, that great leader sheikh Hassan Nassrollah, would not have been a millionaire by now! Not having you as our partner, we will have to close up shop and move back to Iran, working long hours in the dark hallways of Evin raping and torturing innocent people.”….Come to think of it, some of these yoyos will probably consider that a promotion! After all, that crackerjack monkey Dr. AN got promoted from putting bullets in to people’s head to become El Presidente. Why not them?  They can kill people just as easy as the next guy!

Honestly people, hasn’t the time come for us to get together and drop these Motherfuckers like a bad habit? I mean look at Egypt!