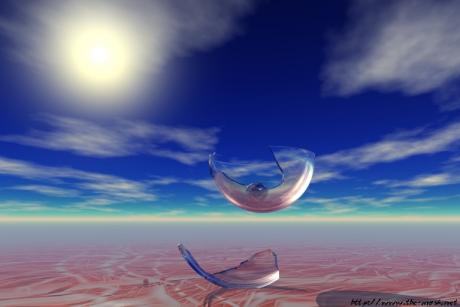 The days of this sorry excuse of a regime are numbered. They will go down the toilet hopefully sooner than later. Of this I am sure.  I am however, guessing that right before the brave people of Iran topple this evil regime, some of these dirty dog droppings such as geda ali mofangi and his monkey, or that ass face Rafsanjani and his gang of thieves will try to close the “feleng” like there is no tomorrow and run away like the fucking wind.  Some will unfortunately escape. This is a fact of life. But many will not.  That, also is a fact of life!  All of them will try though!  Some even will pay top dollars for a shit hole to crawl in to.  The funny part is that with so many of them scared shitless and running around, there aren’t going to be enough shit holes to crawl in to, and many will be arrested.  That is also another fact of life.

Now, I am a peaceful person. I abhor violence and even revere Gandhi. I believe in civil society and the rule of  law and wish that after this regime, we would have a civilized government who will prosecute these creatures to the full extent of the law. But sometimes, for a moment… just for a brief moment, I let my guards down and dare to dream!!! I dream of having a little harmless fun with four or five of these now arrested creatures.  It could be any of them, since there are so many, but in order for you to visualize it better, I am going to use examples here.  So… for that brief moment, I see myself holding the leashes of AN himself, Radan, Ahmad Khatami and the Larijani brothers, and taking them down a little path to a little party.  They are the only guests of the party and are butt naked!! The party takes place in a glass sphere in the middle of Kavir desert, in the middle of summer when the days are extremely hot and the nights are extremely cold.  I would then hand each one of them a baseball bat with lots of sharp nails sticking out of them and lock them in the sphere. There is food and water, enough for only three people to last three days.  I would then leave them in there to run around and have fun. I will come back in seven days, just to see how they adapted. I am a curious person. Is that bad?