BERLIN TRIUMPH: Golden Bear for “Nader and Simin, A Separation” 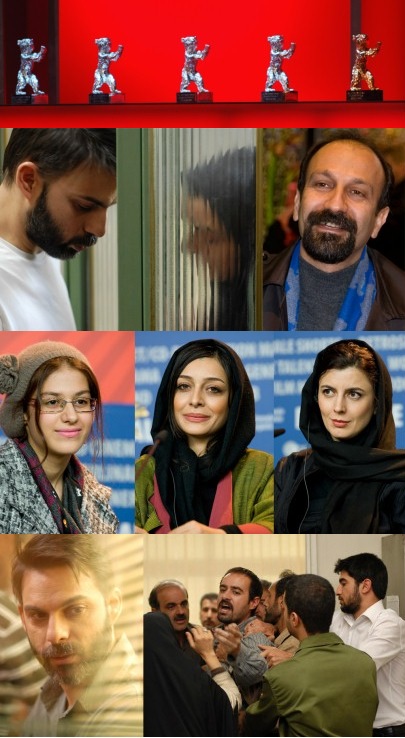 Interview in Persian with Asghar Farhadi on his Nader and Simin:

Farhadi’s drama traces the breakup of a Iranian family set against the political tensions in Tehran. While not overtly political, Nader and Simin is starkly critical of conditions in Iran, notably the country’s huge class divide. It was widely tipped to win Berlin’s top prize, not least because of the current upheaval in the Middle East.

Many will see the decision by Berlin’s jury, led bypresident Isabella Rossellini, as sending a political message to Tehran.The Berlin Festival has openly condemned Iran’s conviction of director Jafar Panahi who was scheduled to be a member of this year’s jury but is insteadsitting in jail serving a six year sentence and a 20 year work ban for making afilm without government approval.

But whatever its political credentials, Nader And Simin was also the stand-out critical hit of this year’s Berlin Film Festival. You can read our review of it here.

Given the picture’s timeliness and with the extra clout of the Golden Bear, international buyers will likely be scrambling to secure rights for world sales group Memento Films International. Expect Nader And Simin to also turn up in next year’s foreign language Oscar category.

Nader And Simin was Berlin’s big winner but it wasn’t theonly one. The Turin Horse, a stark, minimalistic drama from the greatHungary director Bela Tarr, took the Silver Bear Jury Grand Prix.

The Alfred Bauer Award, named after the founder of the Berlin Film Festival, went to German director Andreas Veiel for his terrorist biopic If Not Us, Who?

Silver Bear, Best Screenplay: Joshua Marston for the script to TheForgiveness of Blood

Alfred Bauer Prize: Andreas Veiel for If Not Us, Who?