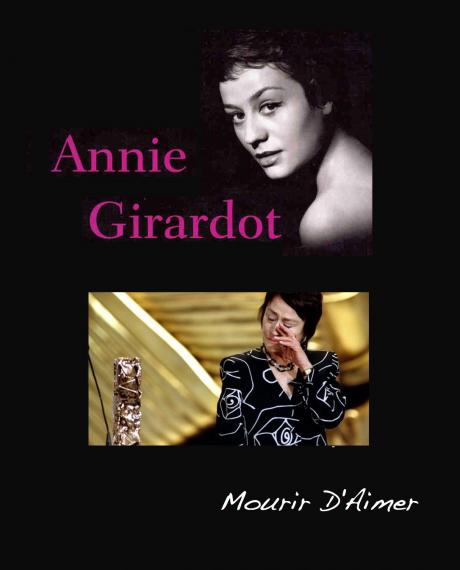 Annie Girardot may not be a name known to many people outside of France but she was one of the iconic actress’ of French Cinema of the 1970’s with a career that spanned five decades and included more than 150 films. ( See Related BBC Persian News)


Annie Girardot- A tribute to her career in French Cinema :


“Sheleft peacefully,” her granddaughter Lola Vogel said. “Mom and I were at her side.”

Bornin Paris on October 25, 1931, Girardot trained as a nurse — her mother was a concierge — before becoming a stage actress. France’s multi-talented artist Jean Cocteau once said Girardot had “the most beautiful post-war dramatic temperament”.

She joined the prestigious Comedie Francaise theatre in 1954 and quit three yearslater.

Her first silver screen performance was in Andre Hunebelle’s “13 atTable” in 1955.

In1969 she starred as a prostitute in Luchino Visconti’s “Rocco and His Brothers”, playing alongside French star Alain Delon and Italian actor Renato Salvatori, also her future husband andfather to daughter Giulia.

Sheperformed in dozens of classic French films, in roles including policewoman,lawyer and teacher.

In1977 she won the Best Actress Cesar, France’s equivalent to an Oscar, for her role in Jean-Louis Bertucelli’s “Doctor Francoise Gailland”.

Her struggle with Alzheimer’s was documented in Nicolas Baulieu’s film”Life Is Like That”.

“I’ve always gone to the market myself, done my shopping, my housework. I’ve never been a velvety star,” she wrote in 1999.

French President Nicolas Sarkozy hailed her as “one of the most unforgettable figures of French cinema of the last 50 years”.

Shewas an “actress who radiated across Europe after playing Nadia, the star of ‘Rocco and His Brothers’,” he said in a statement.

Since going public in 2006 with the news that she was suffering from Alzheimer’s, Girardot has become a symbol of the illness in Fra nce.

Annie Girardot may not be a name with which many people outside of France are that familiar – especially if you’re not a lover of this country’s cinema. But shewas a giant of the big screen in France during the 1970s, and had a career that spanned five decades and included more than 150 films.

She has been described as “one of the most popular screen actresses in modern French cinematographic history”, and she is still referred to asone of the last remaining “monstres sacrés”.

More handsome than beautiful, versatile Annie Girardot was the most popular female star in France for quite a while. She typically played strong-willed, independent, hard-working, and often lonely women, imbuing her characters withan earthiness and reality that endeared her with women undergoing similar dailystruggles.

It is small wonder, then, that Girardot became one of the symbols of the early-’70s feminist movement in France. Her career is quite impressive, fromthe 1950’s to today she appeared on the big screen and on TV without interruption.

She is a three-time César award winner (1977, 1996, 2002), and a recipient ofseveral international prizes including best actress at the 1965 Venice Film Festival.  She made her film debut in 1950 with “Pigalle”, and continued her apprenticeship at the Comédie Française from 1954 to 1957. Her performance in Jean Cocteau’s La Machine à écrire in 1956 was admired by theauthor who called her “The finest dramatic temperament of the Postwar period”.

In 1956 she was awarded as best up-and-coming young actress but only with Luchino Visconti’s Rocco e i suoi fratelli – (1960) she was able to draw the public’s attention to her. In 1968, she starred in the highly controversial Erotissimo (Gérard Pirès, 1968). At the end of the 1960s, Girardot had become amovie star and a box-office magnet in France with “Vivre pour vivre”(“Live for Life”, 1967, Claude Lelouch), with Yves Montand and Candice Bergen, “Un homme qui me plaît” (“A Man I Like”, 1969,Claude Lelouch) with Jean-Paul Belmondo, and André Cayatte’s “Mourir d’Aimer” (“Death of Love”, 1970), the fact-based tale of a middle-aged teacher whose affair with a much younger student made her the object of bourgeoisie ridicule and harassment and led her to suicide.

The film was nominated for a Golden Globe, and was an enormous hit in France. Throughout the 1970s Annie Girardot came back and forth between drama and comedy, starring in several successful comedies, and proving herself an adept comedienne.

In 1977, she won her first César Award for Best Actress portraying the title character in the drama “Docteur Françoise Gailland”.

Although she has been widely forgotten by the film industry in the 1980’s andthe early 1990’s, Girardot had a major comeback on the big screen playing a peasant wife in Claude Lelouch’s Les Misérables. The role won her a Cesar (the French Oscar) for Best Actress in 1996. Upon accepting the award, a joyous and tearful Girardot expressed her happiness that she had not been forgotten in a speech that remained very famous.

In 2002, she was awarded the César Award for Best Supporting Actress for her role in “The Piano Teacher” (Michael Haneke).

On stage she had a triumph in 1974 with “Madame Marguerite”, which became her signature role, which she reprised many times till 2002.

That year she was awarded the Molière award (French Tony Awards) for her role.  Annie Girardot has played in nearly 150 films, starring with the greatest actors of her time!

Since going public in 2006 with the news that she was suffering from Alzheimer’s, Girardot has become a symbol of the illness in France.