On the Origin and Nature of Patriarchy (8) 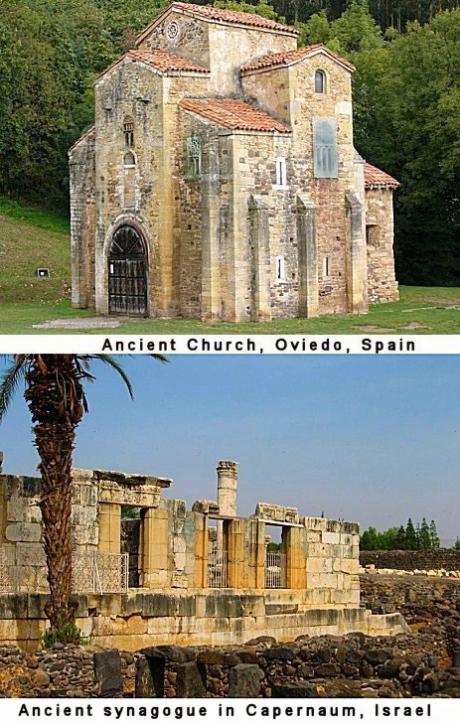 Patrilineal system is a social institution par excellence that concretizes and consolidates all the elements of social paternity – the principles of Potency and continuity, separation of private and public, and Fraternity of men – at all the levels of social life, in the economic and political relations, in the religion and in the cultural values. Masculine domination is from now on generalized and universalized. In practice, even the lowest man in the hierarchy of social classes is at least superior to another human being. He is brother of his oppressor in the relations of procreation, and has become a victor of natural eventuality. The doctrine of Potency guarantees that no man, even a slave, ever finds himself without power. Historically, this right of the individual man has nevertheless been or the right of the landlord to deflower the bride of a peasant, although Machiavelli wisely discouraged his Prince from this indulgence to maintain the loyalty of his subjects. Universality of masculine domination brings an explanation to the otherwise strange phenomenon of the capacity of the dominant classes to impose a false class-consciousness on other social classes. Concrete controls and real coercions would be without effect if the division of classes and of labour was a clear division without compromise. The power and domination of women by men constitute the most advantageous ground of approval, internalization and domination of privileged classes by the dispossessed classes.

The introduction of patriarchal religions of monotheistic and universal type, such as Judaism, Mithraism, Christianity and Islam, extended the patrilineal system and patriarchal family to dominated classes. Affirmation of paternity was no longer dependent on wealth, private property, or means of production. It could come true, in the name of universal divine laws, by men of all social classes. This is a historical fact that refutes the Marxist thesis that private property be the determinant factor of establishment of patriarchy.

To justify and strengthen the universality of the new patrilineal system and paternal power, it was necessary to show that the new form of marriage and family was of divine order, that it was supported by a god that was superior to all other gods. This god was the principal male god of the Indo-European and Semitic men, who was transformed into an asexual and abstract god while keeping all the characteristics of a father superior to everyone and everything. He was called Jehova, Ahura-Mazda, Jesus Christ, Allah, etc. The abrogation of matrilineal system and the religion of the Great Goddess as well as the abolition of women’s relative sexual freedom were envisaged in the principles and laws of Judaism, Christianity and Islam.

In the land of Canaan, by the early Iron Age, laws were issued by levitical priests to forbid the veneration of all other gods, with the intention of removing the religion of the Great Goddess Asherah in the country of Canaan. They were over-demanding laws that forced Jews to kill their wives and children if they didn’t worship Jehovah. The levitical leaders had promptly understood that the religion of the Queen of Sky, which allowed women to have their own property and have a certain sexual freedom, made difficult the task of persuading them to become the private property of their husband.

The solution was to threaten them with the wrath of Jehovah, big misfortunes and shame. While these women were prevented from sleeping with more than a man, their husbands were allowed to have sexual relations with two, three or fifty women if such was their good will. Pre-marital virginity and fidelity in the marriage became a compulsory divine law that all women had to follow. The texts of the Old Testament are clear: every woman has to belong to a man in the eyes of all, her father first, her husband later. While a man was allowed to take many spouses and concubines, a girl who has made love or accidentally lost her hymen and an adulterous woman were consequently subjected to death by fire or stoning. Thus was instituted a patriarchal and misogynistic sexual morality that regulated the lifespan of the women.

The Jewish priests and prophets gave the female-centric religion of the Great Goddess the wrong and destructive name of idolatry, declared it a scandalous and orgiastic, evil veneration. All sexually independent women, especially the gadishtu, were called whores. The gadishtu is an Akkadian word meaning sanctified women or holy women. It refers to sacred women of the temples of Asherah / Ishtar, who established ritual intercourse there with different men to increase fertility among the livestock and vegetation as well as among the human beings. Finally, the Jewish priests and prophets aimed merciless persecutions, tortures and massacres of hundreds of thousands of male and female admirers of the Great Goddess, as indicated in the Old Testament. The main reason for the profound hostility of Jehovah’s supporters regarding the religion of the Great Goddess resided in the fact that women’s relative sexual autonomy in this religion was completely against the aims of the men who wanted to universalize the patrilineal and patriarchal kinship system. As long as women followed the rules of the religion of Great Goddess, which encouraged feminine sexual freedom, it remained impossible to distinguish and acknowledge the individual paternity and to guarantee filiation by the father.

In the beginning of Christianity, the veneration of the Great Goddess, commonly named Isis and Artemis, was the target of the apostle Paul. Jesus himself condemned the different sects of the spirituality of Great Goddess, such as the sect of Balaam and the sect of Isabelle, one of thousands of prophetesses of history. In the Gospel according to the Egyptians, one can read these words of Christ concerning the very widespread veneration of Isis: ‘’ I have come to destroy the work of the female.’’ The Christians distinguished themselves worldwide by the destruction of icons and sacred texts belonging to religions declared pagan or barbarian. During the first centuries after Jesus-Christ, the Christianized Roman emperors forbade the veneration of the Great Goddess under pretext that it was immoral. They closed her temples or transformed them into Christian churches, removed her statues and all her historical traces and massacred her supporters.

James, Montague Rhode. 1924. The Gospel of the Egyptians. In: The Apocryphal New Testament. Clarendon Press, Oxford.