On the Origin and Nature of Patriarchy (10) 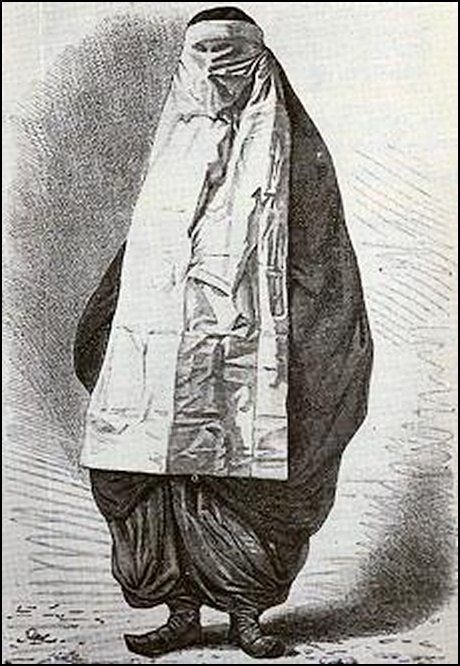 Robertson Smith, a scholar of religious history sets the 6th and 7th century CE (Common Era) as the stage of transition in the history of Arab family (Robertson Smith, 1963). The period of the appearance of Islam was characterised by a multitude of sexual unions, as we saw in previous paragraphs.

Also, Prophet Mohammad removed the veneration of the Great Goddess.and.ritual.orgy,which were obstacles to the acknowledgement of individual.paternity and establishment of patriarchy, but kept the tradition of pilgrimage.to.Mecca.

Before Islam, women were simultaneously under men’s control and particularly free when their characters were firm. The Koran consolidated and generalised this subordination and changed its nature. Brilliant individual destinies, based on courage and imagination, gave in to the rule. From the courageous warrior that she was, sometimes captive often free, from the mother of the clan’s descent group, the priestess, the prophetess and poetess that she was, the Arab woman became citizen of the Islamic Ummah where Allah had the following unambiguous words:

‘’Men are protectors and maintainers of women, because Allah has given the one more strength than the other, and because they support them from their means; therefore the righteous women are devoutly obedient and guard, in their husband’s absence, what Allah would have them guard. If you fear highhandedness from your wives, admonish them, refuse to share their beds, beat them, but if they return to obedience, do not seek a way against them; God is most high and great.’’(Koran, 4:34)


‘’And let two men from among you bear witness to all such documents [contracts of loans without interest]. But if two men are not available, there should be one man and two women to bear witness so that if one of the women forgets (anything), the other may remind her.’’ (Koran, 2:282)

‘’And forbidden to you are wedded wives of other people, except those who have fallen in your hands [as prisoners of war] ‘’(Koran, 4:24)

O Prophet, tell your wives and daughters and the believing women to draw their outer garments around them (when they go out or are among men) (Koran, 33:59)

…they (the believing women) should draw their veils over their bosoms and not display their beauty except to their husbands… (Koran, 24:31)